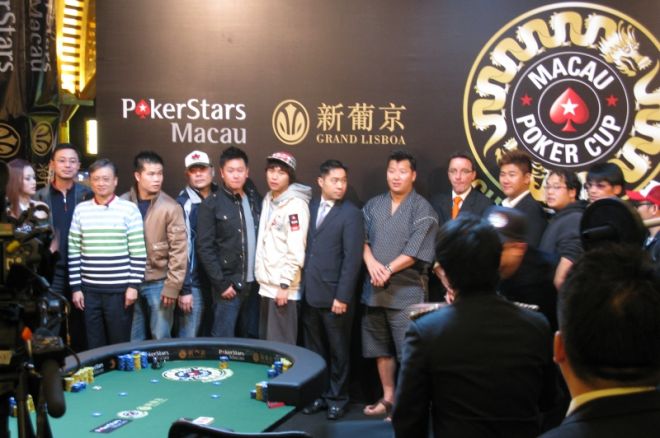 After starting Day 2 with only an average stack, Devan Tang managed to build up his chips and win this year’s Macau Poker Cup Championship (MPCC) Main Event at the Grand Lisboa Casino’s PokerStars Macau poker room.

Tang entered Day 2, which was composed of a field of the event’s 24 remaining players, with only 143,000 in chips - just right around the middle of the pack. By the time the ten final table players had been decided, though, he was already the chip leader with a chip count of 610,000.

He then proceeded to steamroll many of the other players with his chip stack before finally going heads-up against Michael Chang of Taipei. With a massive chip lead, the two eventually went all-in on a board of

for the straight draw while Tang showed

for top pair, top kicker. No jack came on the river for Chang, giving Tang the coveted title.

For outlasting the 157 other participants in the tournament, Tang walks away with HKD $727,600 and the championship trophy. Chang, on the other hand, still gets a lot of consolation with the HKD $490,100 runner-up prize money.

Here are the payouts from the final table of the MPCC Main Event: