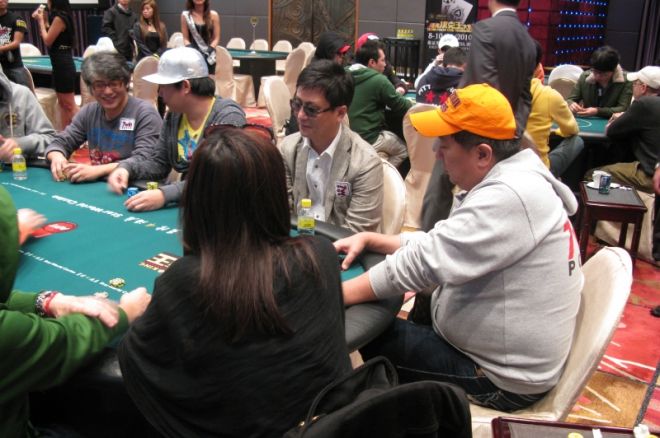 After just under six levels of play in Day 2 of the Asian Poker King Tournament, the final table has been set.

Ten players will return tomorrow for Day 3 of the tournament with each one eyeing the top prize of HK $284,200. They will be led by Korea’s Il Wong Yoo, who leads everybody with 434,000 in chips. Right behind him is fellow Korean Soo Bum Kim, who currently has 360,500 in his stack.

The final table bubble boy was Richard Becker, who moved all-in for his remaining 54,000 with

against pocket queens. No ace came to help him, booting him out of the tournament in eleventh place.

Day 3 will be held tomorrow on the 16th floor of the StarWorld Hotel.