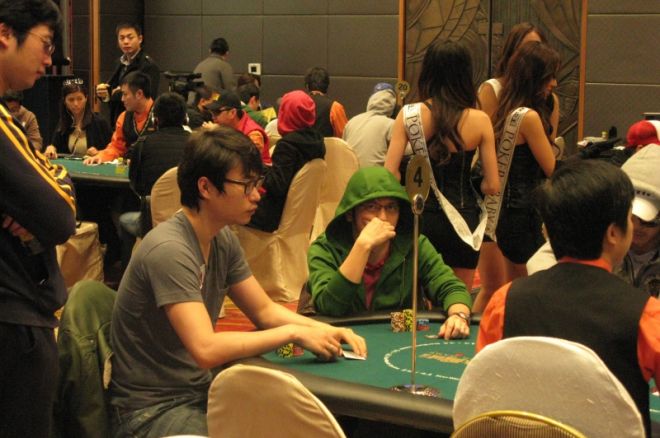 With a final table appearance on the line, 49 players will return today in the Asian Poker King Tournament at the ballroom of the StarWorld Hotel in Macau looking to build up their stacks and stay ahead of the pack.

Returning to action for Day 2 will be Michael Kim, who is the tournament’s undisputed chip leader. With 208,400 chips in his stack, he has more than 50,000 more than the next closest competitor, Soo Bum Kim. After those two, the field gets even farther away – the third placer, Seung Chu Shin, only has 93,500 in chips.

The Asian Poker King Tournament is the first major tournament of the Poker King Club, which is located on the third floor of the StarWorld Casino. A total of 174 players signed up to play in the event, exceeding the HK $750,000 guaranteed prize pool and bringing the total prize money to HK $870,000.

For more information, visit the Poker King Club on the web here.