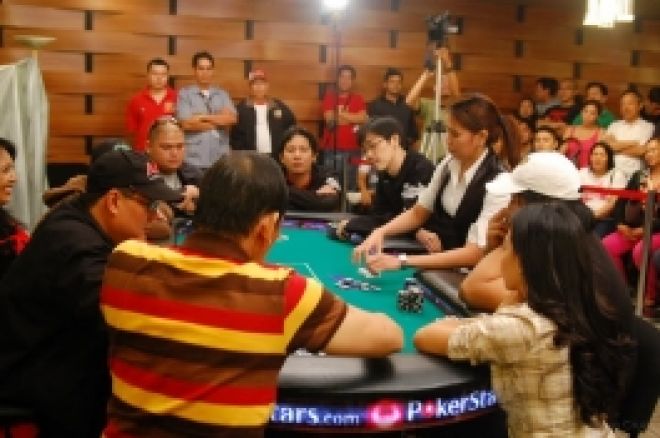 The Metro Card Club, the biggest card room in the Philippines, has just announced that it will be holding a big tournament in mid-March which will guarantee a prize pool of three million pesos.

In addition, five seats to the First PAGCOR Chairman Efraim C. Genuino International Poker Tournament in late March will be part of the prize pool at the Metro P3 Million Guaranteed.

Surprisingly, the announced dates for the event coincide with Plugged In, the first tournament of The Poker Circuit. Plugged In will be held from March 12-16, 2010 at the Big Ace Liberty Club in Mandaluyong City.

The Metro Card Club is located in Pasig City, Philippines. It holds tournaments daily, all of which will be giving away seats to the P3 Million Guaranteed.