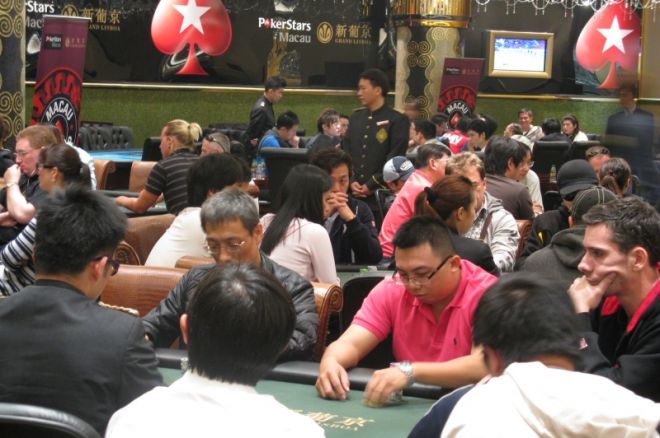 A total of 160 players registered to play in today’s flight, which began earlier at 8:10 pm. The field will play a total of six levels for the day before bagging up the chips for Day 2.

Some of Asia’s most well-known players are in the field looking to build their stacks and advance to the second day. Celina Lin and Raymond Wu are both playing today, representing Team PokerStars Asia Pro.

Meanwhile, team members Bryan Huang and Tae Jun Noh will be in the field for tomorrow’s Day 1B.

Day 1B of the Red Dragon begins tomorrow at noon, with Day 2 scheduled to begin tomorrow night at 7:30 pm.