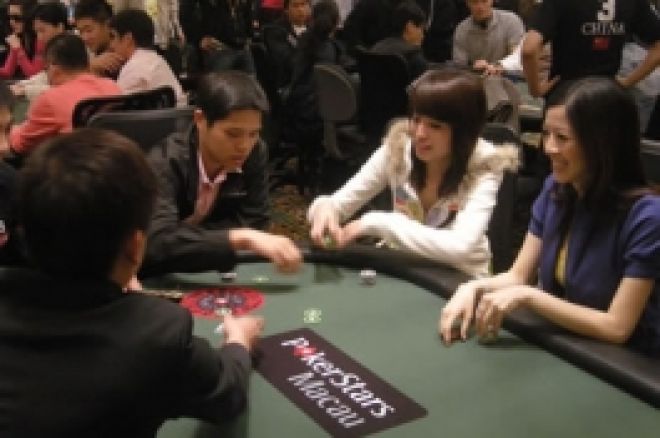 The Macau Poker Cup (MPC) series of tournaments at PokerStars Macau in the Grand Lisboa Casino is now underway.

This edition of the MPC, which is held every few months at the poker room, is the first for 2010. Six featured events are on the schedule as well as satellites to two upcoming Asia Pacific Poker Tour (APPT) events.

Today’s event will be the KO Bounty Event, which starts tonight at 8:10pm.

Most of the players, though, will be in town to play in the Red Dragon main event of the MPC. The HK $1,000,000 guaranteed Red Dragon is expected to draw some of the top players from Asia, including PokerStars Team Asia pros such as Bryan Huang and Celina Lin.

Satellites for the Red Dragon have been ongoing at PokerStars Macau since Monday and will continue all the way until Friday night.

Players looking to join this year’s APPT events are in luck as there will be satellites for both the APPT Manila special event this March, entitled the PAGCOR Chairman’s Cup, as well as the APPT Macau event in May.

The PAGCOR Chairman’s Cup, officially titled as the Asia Pacific Poker Tour (APPT) Manila: First PAGCOR Chairman Efraim C. Genuino International Poker Tournament, will be held from March 20-25, 2010 in Manila. Top poker players from the Philippines and around the world are expected to participate in the main event, which is guaranteeing a prize pool of US $1,000,000. Buy-in is set at US $2,500 + US $200.