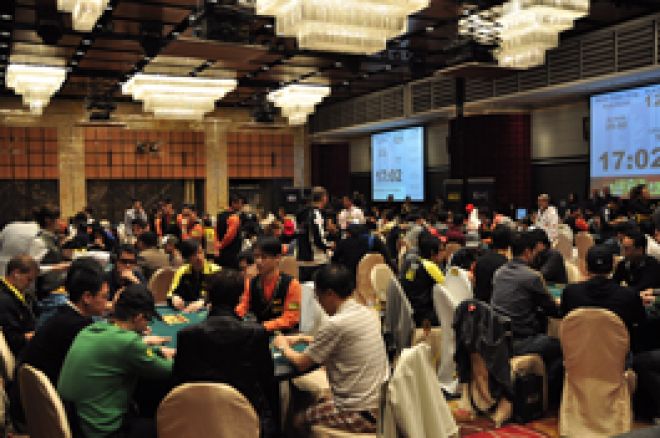 The Level 8 Ballroom of The StarWorld Hotel and Casino was a buzz as Asia’s biggest tournament for the month of April, the Asian Poker King Tournament Main Event has officially begun.

The Poker King Club’s Winfred Yu welcomed the players and introduced ten-time WSOP bracelet winner Johnny “The Orient Express” Chan who came up on stage and did a roll call of countries represented in this tournament after which he announced, “Dealers, shuffle up and deal!”