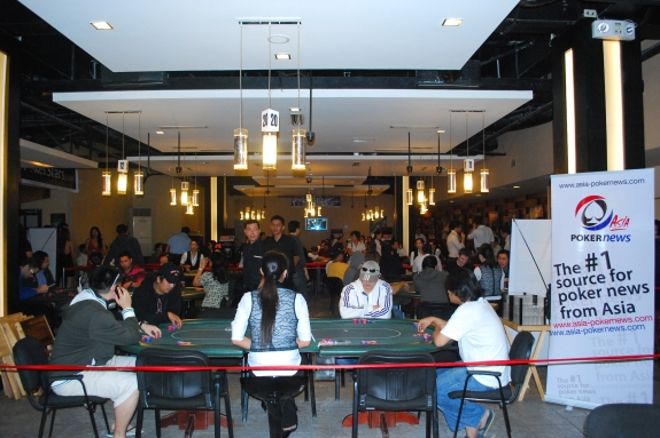 Poker players all over the Philippines will be able to get another shot at a guaranteed one million peso prize pool this weekend as the Metro Card Club will be holding a Labor Day Php 1,000,000 Guaranteed Special.

Day 1A of the Labor Day Special will take place tomorrow at 3:00 pm at the Metro Card Club in Pasig City. Meanwhile, Day 1B will be held on Saturday at the same time. The survivors from both starting days will then merge on Sunday at 3:00 pm and play until a champion is decided.

The tournament, which is likely to reach over 300 entries, will be featuring many of the country’s top players. Some big names who are expected to play include Asian Poker Tour Philippines champion Neil Arce, Filipino Poker Tour champions Kent del Rosario and Joshua Rivera, and The Poker Circuit: Plugged In champion Mark Pagsuyuin.

The last major tournament held at the Metro Card Club was the Neil Arce Dirty Ice Cream Cup in mid-March. The winner was high-stakes regular Mark Amparo, who bested a field of almost 600 players to take home Php 880,000 in cash and a seat to the PAGCOR Chairman’s Cup held last March 20-25.