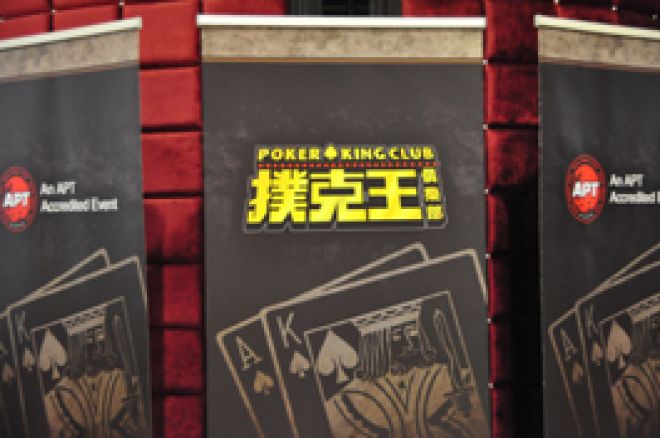 After eight levels of play, The Poker King Club’s Asian Poker King Tournament Day 1A has finally come to an end with 51 surviving the field of 128 players.

In addition, the last HK$ 550 Super Satellite with re-buys and add ons, attracted 52 players which produced a further eight players for the HK$ 7,500 + HK$ 500 Main Event.

The Asian Poker King Tournament promises more action for tomorrow’s Day 1B of the main event and the Sun City Group High Roller Event (HK$ 100,000 + HK$ 1,000) here at the Level 8 Ballroom of the StarWorld Hotel and Casino.