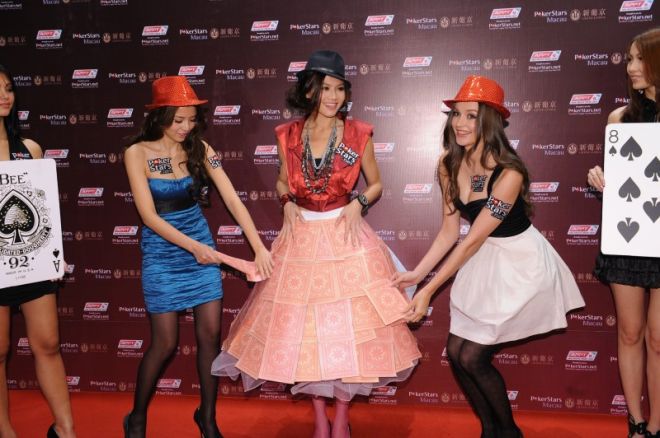 (May 17, 2010, Hong Kong) PokerStars Macau Grand Lisboa Casino is Asia's largest poker room and Pokerstars Macau is the organizer of the annual PokerStars.net Asia Pacific Poker Tour (APPT) Macau Spring Festival of Poker. The event is the most anticipated poker tournament each year, attracting many players from the Asia Pacific region.

This year, the fourth season of the Macau Asia Pacific Poker Tour is expected to be the region’s biggest ever poker event, gathering top-notch players from all around the world and setting new records for the number of participants and prizes.

At the end of the event, Pokerstars Macau, SJM, representatives from the new Grand Lisboa, Chrissie, Tia and Larisa proposed a toast to celebrate the event kick off, wishing the event and all participants well, and for the Asia Pacific Poker Tour Macau to set a new record once again!