Day 1A of APPT Macau Concludes with Chieng in the Lead 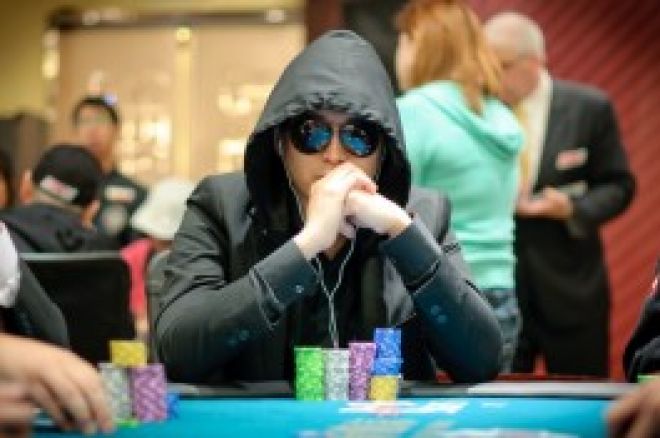 The chip leader is Chinese player Alexandre Chieng, who enjoyed a late surge en route to a stack of 113,100. Trailing him is Michael Durrer, who bagged up 94,475 in chips at the end of the night.

A total of 88 players registered for Day 1A, including PokerStars Team Asia Pros Celina Lin, Bryan Huang, and Raymond Wu. While Huang would not survive the day, Wu found himself near the top as he finished third in chips for day with 87,475.

Despite being stuck with players such as Nathaniel Seet and Darren Yoon on his table, Wu kept grinding away and finally landed a big pot in the last level. In one of the last hands of the night, Wu three-bet an opening raise, and both he and Vladimir Geshkenbein put 5,500 chips into the pot before the

drew checks from both players on the turn, and the

filled out the board on the river. When Wu checked again, Geshkenbein fired out a final bet of 15,000 and Wu quickly called.

, and his straight earned him the big pot and third place for the day.

Several other notable players, including Marcel Luske, Kai Paulsen, and Julian Powell, will also be in contention when the survivors of the three Day 1s merge on Friday.

This year’s APPT Macau will be held from May 18-23 at PokerStars Macau. Buy-in is set at HK $40,000. For more information about the APPT, visit its official web site by clicking here.