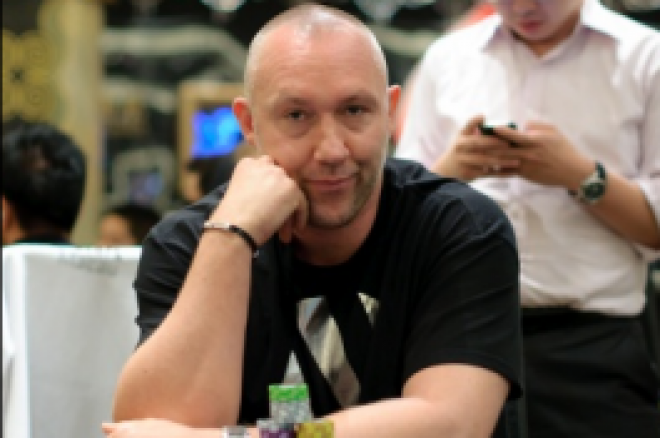 A huge field of 170 players showed up for yesterday’s Day 1C, doubling the field size of the first two days combined. The large field boosted the total number of entrants to 342, which means that first place will be paying out a total of HK $3,246,200 in prize money.

As a result of the larger number of runners yesterday, there was a big chance for players to amass plenty of chips before the day was over. That’s exactly what happened as Judges eliminated player after player to end up with a total chip count of 173,800 – good for the top overall spot on the chip count leader board.

Judges was absolutely on fire, even eliminating top players such as PokerStars Team Asia Pro Tae Joon Noh. On a board of

, Judges moved all-in and Noh made the call. He would only be met with disappointment, though, when he saw that his

was drawing thin to Judges’

. The river did not bring the king he needed, sending the PokerStars pro to the rail about an hour away from the end of the day.

Here are the top ten chip counts heading into Day 2:

This year’s APPT Macau will be held from May 18-23 at the Grand Lisboa’s PokerStars Macau poker room. Buy-in is set at HK $40,000. For more information about the APPT, visit its official web site by clicking here.