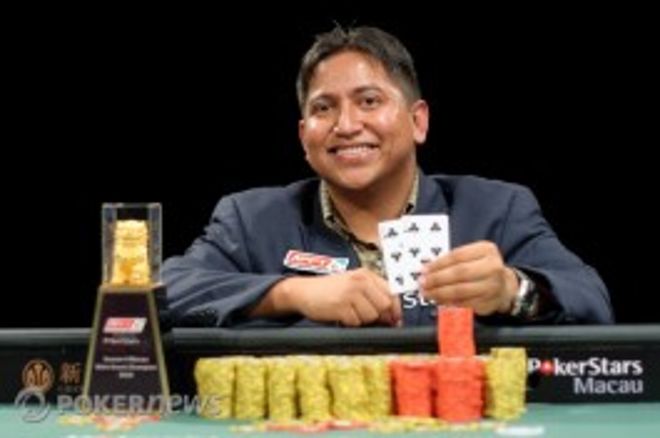 An attorney by profession, Torres had to face adversity all throughout the tournament. Left with just 2,500 in chips after Day 1, he rebuilt his stack to a respectable number only to have it reduced to about seven big blinds on Day 3.

Undaunted, he made the long climb back until he was part of the final table. Even then, he had his work cut out for him as he started the final day with the second-smallest stack.

Torres never gave up, though, and he finally had his breakthrough late in the day as he caught fire and eliminated two consecutive players to end up with a commanding chip lead over Cole Swannack and Chong Cheong.

After Cheong had eliminated Swannack, who moved all-in with deuces only to find that Cheong had limped with aces, the tournament was down to the final two. Cheong would manage to double-up early on, but Torres would make sure that heads-up play wouldn’t last very long.

On the final hand, Cheong raised from the button to 125,000 and Torres made the call from the big blind. The flop came

and Torres checked over to Cheong, who immediately moved all-in for a massive overbet of the pot.

Without hesitating, Torres snap-called the shove and tabled

for the flopped bottom straight. However, Cheong was still alive as he had outs to the higher straight with

Here are the payouts from the final table:

This year’s APPT Macau was held from May 18-23 at the Grand Lisboa’s PokerStars Macau poker room. Buy-in was HK $40,000. For more information about the APPT, visit its official web site by clicking here.