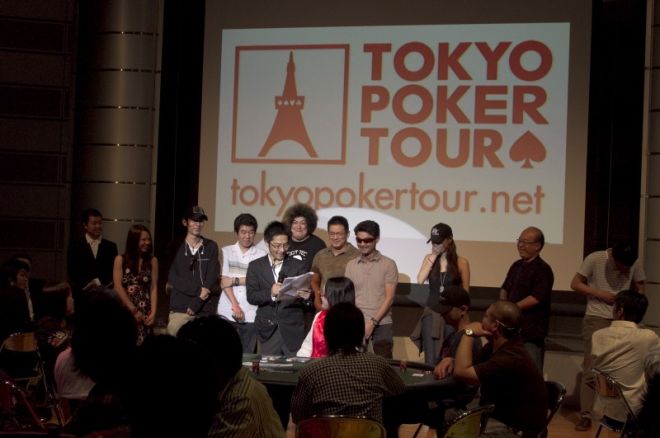 The newly-created Tokyo Poker Tour (TPT) held its debut tournament this past weekend and it was a success as poker players and even celebrities from all over Japan were in attendance.

A total of 150 players, many with APT, APPT, and WSOP experience, came to the Japanese capital for the TPT’s very first tournament.

In the end, it would be Takeshi "JAYRO" Shioji who would win the tournament and the coveted title of being the TPT’s first champion.

The Osaka-based poker player took home a prize package of US $3,000, which included a WSOP side event prize package and Everest Poker merchandise.

“I am so happy to get prize at the first TPT event. I came all the way from Osaka with my friends to come and play poker here,” said Mr. Shioji. “Hopefully next time, there will also be an event in Osaka.”

The second and third placers in the tournament both received merchandise prize packages, including gift pack bundles from Everest Poker. In Japan, government regulations prohibit the handing out monetary prize packages.

Even with no prize money at stake, it was fun all around for everybody in attendance. Two of Japan’s most popular professional wrestlers, DDT’s Sanshiro Takagi and Muscle Sakai, played in the tournament and left with a positive impression of poker.

In addition, there was a surprise guest at the final table. Tokio, the twelve-year-old son of TPT tournament director and promoter Itaru Kaneko, was the dealer, drawing raves from the crowd and making him a lock to be the youngest dealer at a Japanese poker tournament.

The TPT tournament was held this past June 19 at the Tokyo Women’s Plaza at Omotesando. Buy-in for the event was 4,500 yen.

According to Mr. Kaneko, the next TPT events will be held on August 7 and August 14. The prizes for those events will include a Spanish Poker Tour (SPT) package tour and a 7 Luck Casino prize package for two.