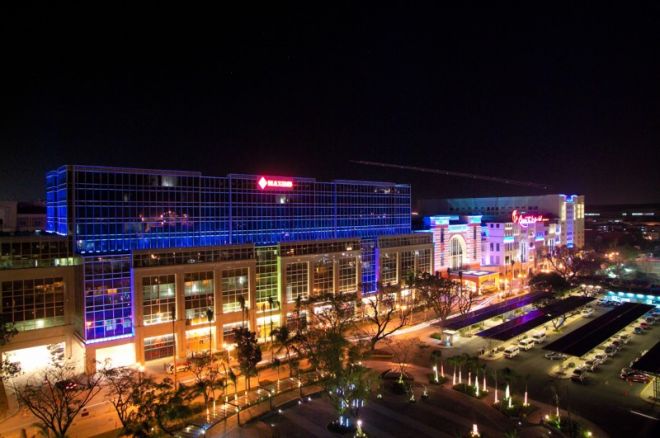 With a successful showing in its second event, Resorts World Manila has announced that the third leg of its RWM Satellite Series to APT Philippines 2010 will take place next Sunday.

The Php 500,000 guaranteed RWM Satellite Series Event #3 will be held at Resorts World Manila’s poker room on Sunday, July 25 at 2:00 pm, with two mega satellites to be conducted beforehand.

According to the APT's website, the buy-in is still set at Php 5,000. RWM regulars can exchange 5,000 player points for entry into the RWM Satellite Series Event #3.

Meanwhile, the mega satellites to the RWM Satellite Series #3 will be held at 2:00 pm on July 17 and 24. Both will have a buy-in at only Php 500 (with optional one rebuy and one add-on) and no registration fee.

RWM Satellite Series Event #2 proved very popular as 128 players showed up to break the guaranteed prize pool of Php 640,000. It was Win Carlos who came out on top, winning Php 86,000 in cash and seat to the APT Philippines 2010 main event.

Php 25/50 cash games will be available to all players on Sunday. The minimum cash game stakes at the Resorts World Manila poker room are typically Php 50/100.

As part of its build up towards the APT main event, RWM will also be awarding four seats through a "Lucky Draw" between between August 16 to 19. Players who purchase PHP 5,000 and play in the RWM poker area are eligible to gain one ticket for each into the raffle. The draw will take place in the evening hours and players need to be present to claim.