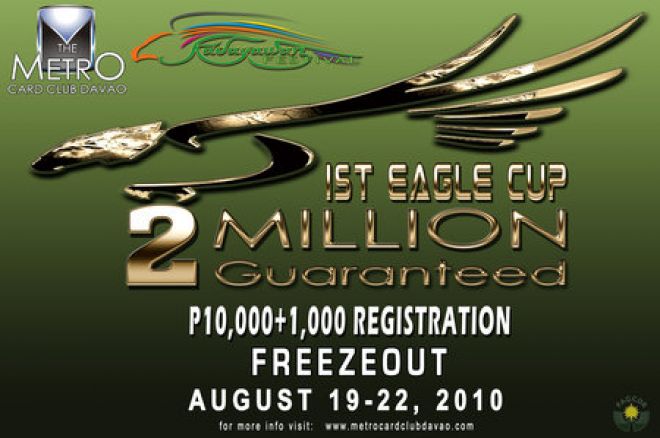 Many of the top poker players in the Philippines wil be in Davao City for the next few days as the Metro Card Club Davao's first-ever Eagle Cup is underway.

“This tournament will become the benchmark for all succeeding major tournaments to be held in the City and through this we hope that Davao finally finds its place in the poker map,” said a spokesperson for the Metro Card Club Davao.

The Eagle Cup was held in line with the celebration of Davao City’s Kadayawan festival. Kadayawan is an annual festival of thanksgiving that traces its roots back to Davao’s ethnic tribes from the past.

It hopes to showcase Davao City, which is best known for the beautiful Waling-Waling orchid, the durian, and of course, the mighty Philippine Eagle, hence the name “Eagle Cup”.