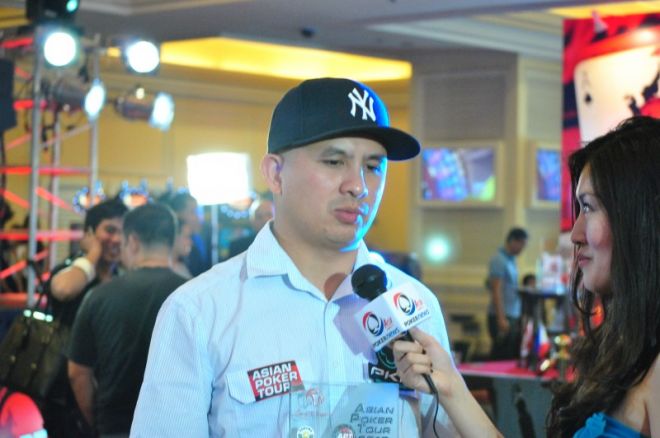 It was an eventful first day at APT Philippines 2010 and a familiar face in J.C. Tran capped off the opening ceremonies with a big win in the Asian Poker Tour's celebrity charity challenge.

Tran, who is one of the most popular and respected Asian American players in the world, beat out pros such as John Juanda, Quinn Do, Nam Le, Steve Sung, Neil Arce, and Amnon Filippi, as well as the representatives from the APT, including AsianLogic CEO Tom Hall, APT chairman Chris Parker, and APT CEO Jeff Mann.

For the win, Tran picked up Php 100,000 for the Kythe Foundation, a charity organization based in the Philippines.

The celebrity charity challenge was part of the first day for this year’s APT Philippines, which is being held at Resorts World Manila. Aside from the opening ceremonies, the APT also held a media event, the PKR Battle of Teams side event, and the TPC Motherboard finals.

APT Philippines 2010 will be held from August 23 to 29 at the Resorts World Manila complex in Manila, Philippines. The main event will start on Wednesday, August 25. Buy-in for the main event is set at approximately US $2,500 + US $200.

Click here to find out more about this year's APT Philippines schedule.