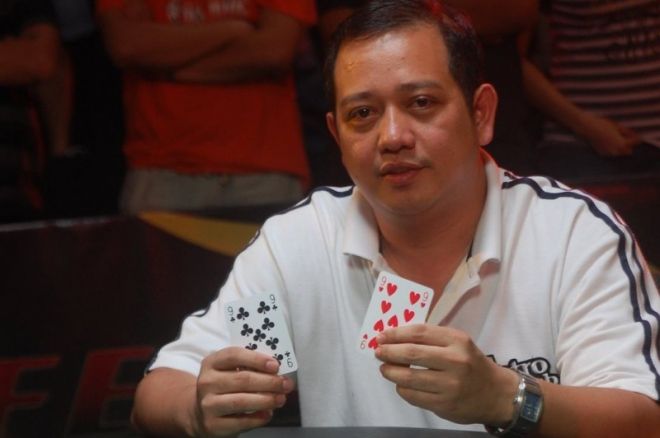 One player got in for the cheap investment, another joined for sheer thrill. At the end of the day, both found themselves on top of the A Million Rush to the APT event at the Metro Card Club in Pasig City.

Chasing cash and seats, it was the chip leader from Day 1A, Sherwin Alda, who got the first-place finish. Alda, a casual cash game player who decided to join the tournament because of the low buy-in amount, earned himself a seat to the APT Philippines 2010 main event as well as Php 300,000 in cash.

With the final table consisting mainly of relatively unknown players, it was apt that another unheralded player finished behind the champion. Jason Ong, who initially did not intend to play in the tournament, ended up at second place to bring home Php 160,000.

The defending APT Philippines champion is none other than the Metro Card Club's Neil Arce, who won US $185,000 for finishing first in last year's event.