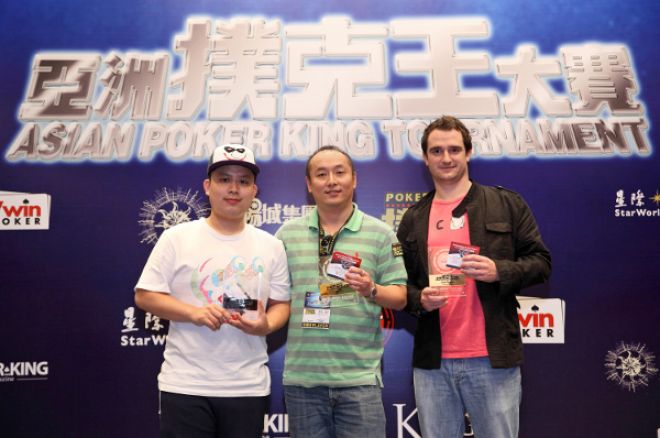 A total of 151 players showed up to play in the HKD $880,000 guaranteed three-day event, which was held at the StarWorld Hotel. Five APT main event seats were given away, with two included in the prize pool and three more seats as a bonus for the players.

On the very last hand of heads-up play, Cedric Raffi shoved with his short stack of about 200,000 holding

and Chan, with almost 1.7 million chips in his stack, made the quick call with

, giving both players a pair but keeping Chan ahead. Another heart came on the turn to give Raffi new outs, but the river blanked out to give all the chips on the table to Chan.

Aside from the five seats won through the Asian Poker King Tournament, the Poker King Club's Director of Operations, Winfred Yu, said that an additional six players would be heading for Manila this August as part of Team Poker King.