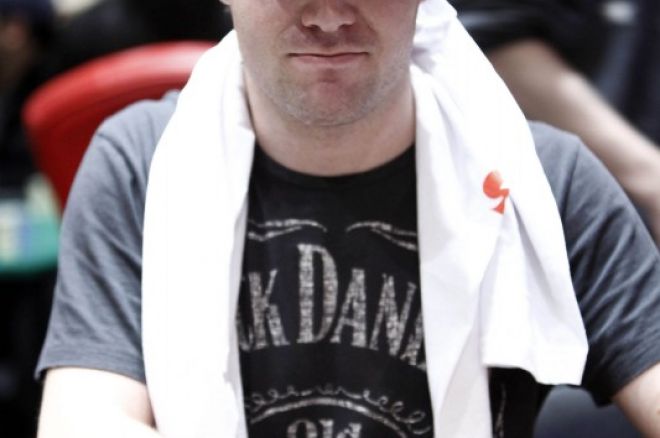 The PokerStars Latin American Poker Tour continued on Saturday with Day 2 of the2011 Pokerstars.net LAPT Colombia. Out of the starting field of 681, only 209 returned on Day 2 with hopes of making it through to the final table. Reaching the final table was not going to be easy with such a large returning field, and after 10 levels of play, only 28 will come back on Sunday for Day 3. Leading the way is Stuart McDonald of Australia with 754,000.

McDonald held an above-average stack for most of the day, but really turned it on during the latter stages of the day. The hand that got things started for McDonald was when he eliminated Andres Castro at the 4,000/8,000/1,000 level.

In early position, McDonald opened for 17,000 and Castro called in middle position. The flop came down

and after McDonald bet 18,000, Castro moved all-in for 61,000. McDonald went into the tank, eventually getting the clock called on him. Ultimately, McDonald called with

. He was ahead with his kings as Castro tabled

river secured the pot for McDonald en route to his ending the day with the chip lead.

Team PokerStars Pro Humberto Brenes made the money but busted in 53rd place. On his final hand, action folded to Brenes in the small blind and he stuck in his remaining eight big blinds with

. The player in the big blind looked him up with

and took out the Costa Rican when the board ran out

Among those who failed to make the money were Day 1a chip leader Freddy Torres and Day 1b chip leader Leandro Csome. In the latter's case, it was all downhill from the start on Day 2. On his final hand, holding

board. Jessica Bedoya had him beat with

and sent the Argentinian to the rail when the

For PokerStars Team Online's Freddy Torres, it was a bluff gone wrong that spelled doom. On a

board, Torres and his opponent in the hand, Jonathan Markovitz, checked to see the

turn. Torres fired 35,000, about half the size of the pot, but was unable to shake Markovitz. When the

hit the river, Torres shoved with the bigger stack. However, Markovitz again called and the look on Torres' face said it all. Torres showed

, and found himself on the short stack, busting shortly thereafter.

Here is the Day 3 table and seat draw:

Day 3 action is set to commence at 1200 COT (1000 PDT) on Sunday, and play will continue until a champion is crowned.

Join the PokerNews Live Reporting then for all the latest hands, action, and eliminations from the LAPT Colombia.