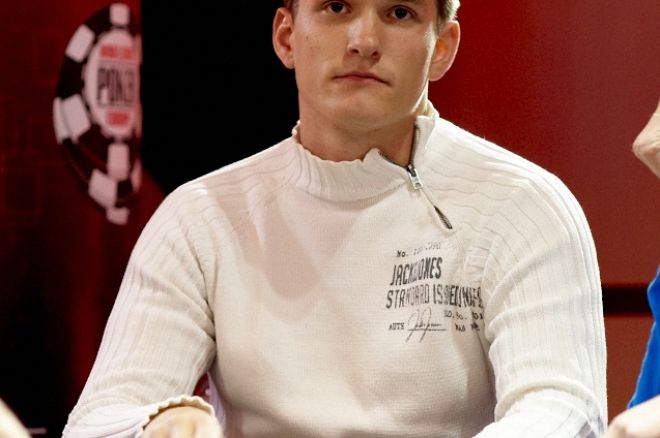 With the 2011 World Series of Poker Europe in full swing, Europe seems to be the hotbed for poker action at the moment, so it comes as no surprise that the European contingent dominated the high-stakes online headlines this week. Ta-Chih "socutiesf" Geeng and Terje “Terken89” Augdal led the charge.

Augdal, a well-known Norwegian pro, held steady most of the day before taking on “tanya1604” at the heads-up tables. Their match, which lasted about three hours, saw Augdal score a $114,000 win. However, his biggest hand of the day didn’t come from that battle, but rather from the $50/$100 six-max tables.

appeared on the turn.

peeled off on the river, and the latter player led out for $8,337. Augdal responded by moving all-in and "nnhheeoo" called, mucking once he saw his opponent’s

Team PokerStars Online's Ta-Chih "socutiesf" Geeng has been on quite a tear the last few weeks, so it was no surprise to see him in action this week. On Friday, Geeng had some luck against “g??fytwo” at the $50/$100 PLO tables, winning $28,000, and managed to add another $40,000 to that, in a quick 20-minute session against “GARFIELD25.”

"GARFIELD25" was sitting with top pair and top kicker, not to mention the nut-flush draw; meanwhile Geeng held a massive wrap. The

helped neither player, but the

Never one to be outdone, Geeng pushed back to the tune of $3,200, "antispeed" called, and the flop came down

, which both players checked. When the

"Antispeed" was ahead with queens and sevens, but needed to sweat the aces and nut-flush draw of Geeng. Even though the river wasn’t a spade, it was the

Late Wednesday evening, Ta-Chih “socutiesf” Geeng was back in action and squaring off against Terje "Terken89" Augdal. The latter had been getting the worst of it in recently whenever the two butted heads, but this day was different. Augdal managed a six-figure score off Geeng, one totaling nearly $300,000.

was put out on the flop and Geeng immediately bet out $1,873. Augdal responded with a raise to $6,200, Geeng called, and the

rolled off on the turn.

Geeng held an open-ended straight draw in addition to the nut-flush draw and needed to improve to crack Augdal’s flopped set of fives and spade-flush redraw. The

did give Geeng the straight, but it also completed Augdal’s flush.

Joining Augdal and Geeng in the $100/$200 PLO action were a number of big names including recent European Poker Tour London winner Benny "Toweliestar" Spindler and high-stakes regular Ben "Ben86" Tollerene, who both emerged as winners. On the other hand, Richard “nutsinho” Lyndaker, Ville Wahlbeck and Phil "MrSweets28" Galfond were among those who finished in the red.

Biggest weekly winners/losers all on PokerStars