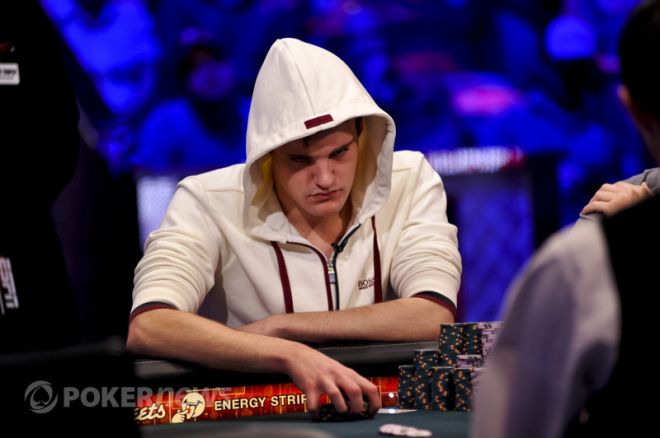 On Friday, PokerStars announced November Niner Pius Heinz as the newest member of Team PokerStars. The German poker pro is set to compete for his first bracelet and $8.7 million at the upcoming World Series of Poker Main Event Final Table.

Heinz, 22, is a rising star in the game with more than $700,000 in online tournament earnings, and another $100,000-plus in earnings on the live felt. He made his first WSOP final table in a $1,500 buy-in event in June, and followed it up with an impressive run in the Main Event. Heinz enters the final table seventh in chips and is already guaranteed $782,115 as a member of the November Nine.

“I’m pretty relaxed about the game," said Heinz. "There are a lot of tough players left but I’m confident I can win it. Joining PokerStars has given me an extra lift, too. I’m looking forward to being part of the team.”

Heinz joins the likes of Sanda Naujoks, Sebastian Ruthenberg and Boris Becker as a Team PokerStars member from Germany.

“Pius has all the qualities needed to be a great poker player, and he has played a tough and intelligent game to get to the WSOP final table," said Naujoks about her new teammate. "We’ll be rooting for him to win on Sunday and I’m excited to see another top player join the ranks of Team PokerStars.”

After the WSOP Main Event wraps up on Tuesday, Heinz will play his first event wearing the PokerStars patch at European Poker Tour event in Prague, which takes place from Dec. 5 through Dec. 10, 2011.