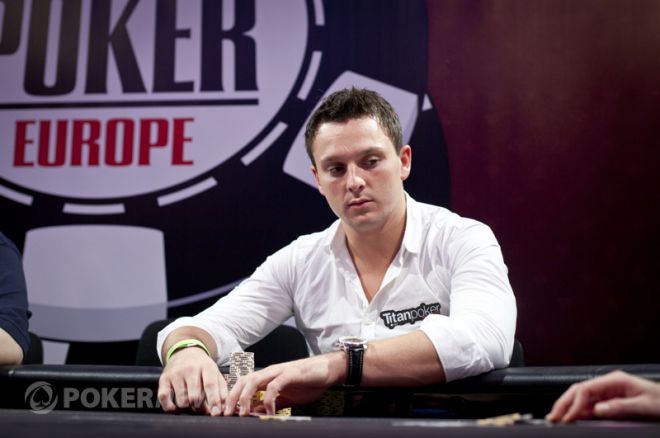 Each week, the Global Poker Index releases a list of the top 300 tournament poker players in the world using a formula that accounts for a player's results over six half-year periods. A new name entered the top 10 this week and he won't be going anywhere for a while. For a look at the entire list of 300, visit the official GPI website.

Sam Trickett cracked the top 10 this week, thanks to his victory at the 2011 Partouche Poker Tour Main Event that concluded last week. That first-place finish was Trickett's third seven-figure score of the calender year, with the other two coming at the 2011 Aussie Millions. Making way for Trickett in the top 10 was Will "The Thrill" Failla, now on the outside looking in at No. 11.

As we suggested last week, Erik Seidel's score dipped a little due to an aging seven-figure score. Still, Seidel continues to hold down the fort at No. 1.

Only four players were new to this week's GPI, led by Stephane Benadiba. Thanks to a 10th-place finish in the €3,000 No-Limit Hold'em Main Event at the 2011 Hold'em Series in Paris last week, Benadiba returned to the GPI in the No. 232 spot.

Falling from the GPI this week were Eric Baldwin, John O'Shea, Kenny Hicks, and Ruben Visser. Baldwin's fall was the steepest, having been at No. 228 last week. His first-place finish in the 2010 NAPT LA Bounty Shootout last November fell from Period 2 to Period 3 and was also his last six-figure score.

The biggest rise of the week belonged to Cary Katz. Although he's had no recent results, Katz had some extra scores to spare in his Period 1 results. A fourth-place finish in a $5,000 no-limit hold'em event at the Five Star World Poker Classic in May fell into Period 2, his only score that counts for that time period.

The biggest fall of the week belonged to Bernard Lee. Lee's fifth-place finish in the 2010 Heartland Poker Tour Main Event at Soaring Eagle last November aged from Period 2 to Period 3.

Former top 10 mainstay Juha Helppi, now No. 29, will see his GPI stock fall a bit further next week. His runner-up performance in the €10,000 High-Roller No-Limit Hold'em event at the 2011 EPT Barcelona will fall from Period 2 to Period 3. Helppi will still have two other six-figure score in his Period 2 results, but his score will still take a hit.

Also, 2011 EPT Barcelona Main Event Champion Kent Lundmark will take a huge hit. Having earned seven figures for that victory, Lundmark does not have any six-figure cashes to his name. He does have several five-figure cashes, but it's his big win that will define his GPI standing. Currently sitting in the No. 164 spot, we wouldn't be surprised if Lundmark falls more than 100 places next week.