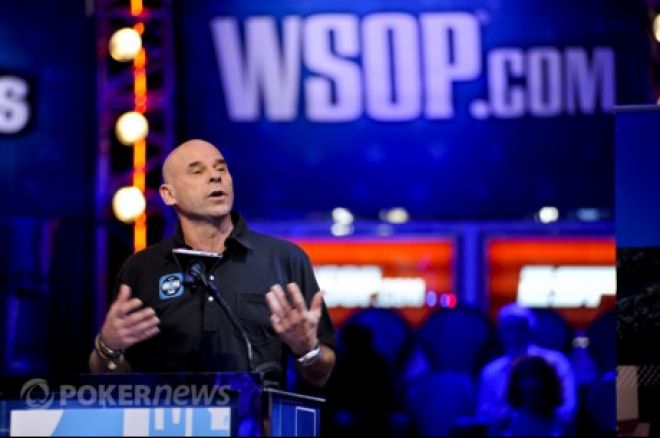 On Monday, Caesars Interactive Entertainment announced that 22 players have already committed to the Big One for One Drop, the $1 million buy-in tournament taking place at the 2012 World Series of Poker. The event will run from July 1 through 3, 2012, at the Rio All-Suite Hotel and Casino in Las Vegas, and will award the first-ever platinum WSOP bracelet to the winner.

The Big One for One Drop will boast the largest buy-in poker has ever seen. The no-limit hold’em tournament was introduced in June by ONE DROP chair and Cirque du Soleil founder Guy Laliberté, whose focus with the historic event is to support access to clean water worldwide. Of the $1 million buy-in, $111,111 will be donated to ONE DROP with a goal of raising enough money for a legacy project that will see a needy country receiving access to clean water.

"Every gesture is important," said Laliberté. "The poker community is very generous and it is not only about the one million dollar buy-in event, there are other ways that poker players can make a difference."

Here's a list of the players who have committed to the event so far:

Several others have confirmed their participation in the event but wish to remain anonymous. Additional names are expected to be added in the coming months, according to Caesars.

"I am absolutely thrilled to participate in the biggest poker event ever organized," said 2010 WSOP Main Event champ Jonathan Duhamel. "One million dollars is a lot of money but my participation comes naturally, being a spokesperson for ONE DROP and because of my attachment to such a great cause. Life starts with water and because of its uneven distribution, a person dies every 20 seconds. As for me, I personally commit to give 5 percent of my winnings from this tournament to ONE DROP.”

Players will begin the tournament with three million in starting chips (following the standard triple-the-buy-in stack at the WSOP), playing 60-minute levels, with a registration cap of 48 players. Should the event reach the cap, the prize pool would be more than $40 million. The tournament is expected to pay out 20 percent of the field — double the typical poker tournament payout structure.

For those players interested in playing, a $50,000 deposit is required to reserve a spot at the table. Final funds are expected to be due 14 days before the event begins on July 1, 2012. Anyone who is 21 or older and has enough to cover the $1 million buy-in is invited to play.

One Drop’s mission is to fight poverty by providing access to clean water sources around the world. To learn more about their values on water as a human right, sharing the wealth, creativity, and transparency and integrity check them out at www.onedrop.org.