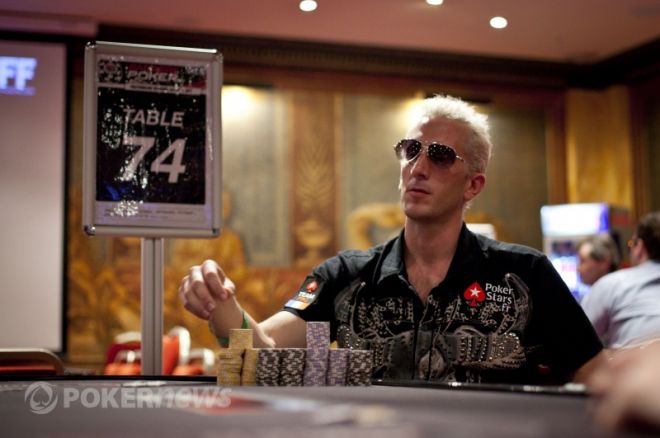 Bertrand “ElkY” Grospellier is back at top of the Global Poker Index this week. For a look at the just-released entire list of top 300 tournament poker player, visit the official GPI website. The list is compiled using a formula that takes a player's results over six half-year periods.

Having last been No. 1 in August, Bertrand “ElkY” Grospellier returned to the top of the GPI this week. His total points remained the same, but Erik Seidel's did not. For as good as Seidel's run was at the beginning of 2011 (at the moment, his Period 2 results) his second-half of 2010 (at the moment, his Period 3 results) were not all that impressive. Seidel's score dropped because a 14th-place finish in the $1,500 No-Limit 2-7 Draw Lowball event at the 2010 WSOP aged into Period 4, leaving Seidel with only two Period 3 results. As a result, Seidel slipped down to No. 2.

New to the top 10 this week is Chris Moorman. With aging 2011 WSOP and 2010 WSOP scores now counting toward Period 2 and Period 4, Moorman gained enough points to make his debut in the top 10. He replaced Sorel Mizzi, now in the No. 14 spot after his ninth-place finish at the 2010 WPT Five Diamond World Poker Classic slipped to Period 3.

Thirteen players are new to this week's GPI. Entering with the best rank is Fabian Quoss, thanks to his victory in the 2011 Grosvenor U.K. Poker Tour Grand Final Main Event.

The biggest rise of the week belonged to Jean-Philippe Rohr after his 20th-place showing at WPT Marrakech at the end of November. Jonathan Duhamel, who made the final table there and finished seventh, also leaped up the GPI and now sits in the No. 26 spot.

In addition to more WSOP scores aging, several new tournament results will come into play. The 2011 WPT Prague recently ended with Andrey Pateychuk claiming victory, and the 2011 EPT Prague and the 2011 WPT Five Diamond World Poker Classic wrap up this weekend, so there are sure to be big waves across the GPI next week.