Global Poker Index: Mercier Mashes His Way Back to the Top 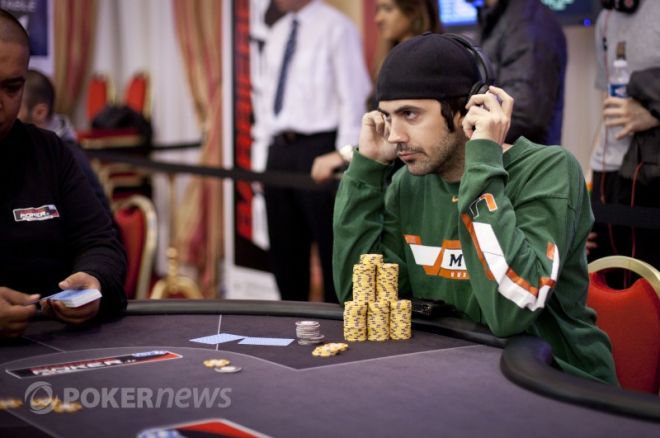 Each week, the Global Poker Index releases a list of the top 300 tournament poker players in the world using a formula that takes a player's results over six half-year periods. Jason Mercier reclaimed the top spot this week, back at the top for the first time since mid-October. For a look at the entire list of 300, visit the official GPI website.

For the third time in four weeks, the top spot on the GPI is occupied by a new, yet familiar, name. Jason Mercier is leading the way once again following his win in the High Roller Event at the Doyle Brunson Five Diamond World Poker Classic. No end in sight.

Thirteen new names are on this week's GPI, and they are led by Nicolas Levi. With EPT Prague's results from earlier this month coming into play this week, Levi's third-place finish brought him back into the GPI at the No. 113 spot.

The biggest rise of the week belonged to Andrey Pateychuk, who had a 183-point jump up the GPI. Along with his EPT Prague finish, is his WPT Prague win, giving him three scores of more than a half million dollars in Period 1.

Max Lykov and Chris Bell took the biggest hits. Even though Lykov has a bracelet win from this summer, it doesn't count toward the GPI because it was a $1,000 buy-in and needs to be at least a $1,500 to count. That aside, Lykov's only other WSOP cash dropped into Period 2, thus leaving his Period 1 empty. As for Bell, his win at the WSOPC Regional Championship in Atlantic City last December fell from Period 2 to Period 3.

Tournament wise, the schedule is light over the holidays until early January when the PokerStars Caribbean Adventure begins. Until then, WSOP scores aging into Period 2 will be the main reason for ups and downs in the GPI. Jason Mercier's bracelet win this summer will be among those aging scores, so expect to see his score drop, but will it knock him out of the top spot?