Off the Felt with Maria Ho 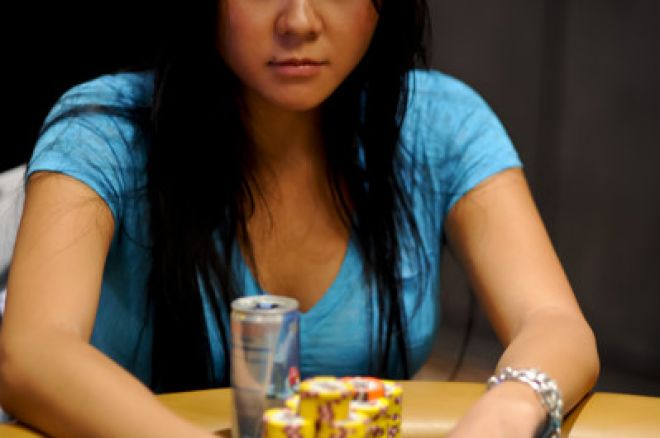 Off the Felt is interviewing your favorite people in the poker industry to find out more about their lives — you've got it — off the felt. We recently sat down with Maria Ho to talk a little poker, Australia, and her adventures.

How did you start playing poker?

I learned how to play several different card games as a child from my grandfather but it wasn't until college that I really discovered Texas Hold 'em and began playing more regularly. When I wasn't in class I'd hit the local Indian Casinos to grind and work on my game.

Where is your favorite tournament stop you've played at?

Aussie Millions, hands down. You can't beat the weather there in January, the people are so incredibly friendly and Melbourne is such a great city. Crown casino is definitely one of my favorite casinos to play poker in and there is so much going on outside of poker during that time like the Australian Open. I'll admit, the guys there aren't too hard on the eyes either!

What tournament spot has the best food?

I've been lucky enough to travel and experience many different cuisines from all over the world but when it comes to having the best chefs, the most amazing restaurants and such a variety of cuisines all in one place you really can't beat Las Vegas.

Favorite place to play in Vegas?

For most of my career I've played at Bellagio but more recently with new properties like Aria I'm discovering some great new poker rooms.

What's your most memorable moment in your poker career?

Making the WSOP 5k final table and playing heads up for a WSOP bracelet this year tops it all for me. Every poker player wants a shot at winning a WSOP bracelet and I feel grateful to have had the opportunity to experience that in my short career. It was exhilarating beyond words to have had that chance and it really reignited my passion for poker again. Although I didn’t quite secure the gold (this time), the validation and confidence I gained from that tournament came at the perfect time in my career… the half a million dollar payday didn’t hurt either.

What are some of your hobbies away from the table?

I love going to musicals, plays, concerts and any kind of stage production whenever I have the chance. I really have a deep appreciation for anything having to do with the Performing Arts. I'm also an undercover reality TV junkie! When I don't have to be traveling for poker there's nothing better than chilling at home in front of the TV with some Papa John's pizza and a bottle of wine!

You recently played a Celebrity Charity Poker Tournament at the Venetian. Is there a certain charity that is close to your heart?

Throughout my career I've had the chance to attend a variety of charity events and support some amazing causes. Whether a big foundation, small organization or someone privately tackling an important issue I have a lot of respect for anyone trying to make a difference in our world and I try to lend a hand however I can.

You've had some pretty amazing experiences - like going on the Amazing Race. What are some of the most adventurous things you've done?

I'd have to say anything and everything I did on The Amazing Race was definitely THE most adventurous and challenging stuff I’ve ever done. We had to work on mud boats in Vietnam, herd a flock of ducks, search the Dubai desert for water, bike across farms (in Dutch clogs) in Holland, swim across rivers in Amsterdam and, of course, I had to eat two Wasabi Bombs back-to-back in Tokyo on a Japanese game show… it doesn’t get any more adventurous than that!

Most people might not know that I'm fluent in Mandarin and was born in Taiwan. I grew up playing the piano, violin, zither, and erhu. I love to sing and was in my college's a cappella group. I also used to perform in musicals and gig with my sister's band. And in my spare time I help out with my family's real estate business.

What are some of your biggest splurges from your winnings?

By far my biggest spurge was buying my 2010 silver Maserati GranTurismo. I have always had an affinity for luxury cars.

If you could trade wardrobes with any celebrity who would it be and why?

Victoria Beckham can do no wrong with her wardrobe. She always looks amazing and has found a way to marry the styles of sexy and classy. Everything I see her wear I think, “I want that!”

If you were able to be a back up dancer in any artist's music video who would you pick?

Present day I’d say Beyonce - that girl kills it in her music videos and maybe she’d give me some pointers on how to drop it like it's hot. But if I could go back in time the ONLY answer to this question would be Michael Jackson.

If you had an unlimited bankroll and a bunch of friends in town what would be your ideal weekend in Vegas?

First, we'd teleport to Vegas, since the drive from LA can be a bit long and deserty (with an unlimited bankroll I could afford to rent a teleportation machine, right?!). We'd start by doing something crazy and adventurous like skydyving or rappelling off the side of one of the casinos, then we'd dine on the 16 course tasting menu at Joel Robuchon in MGM. Then I'd rent out the entire KA theatre at MGM for a private performance (its my favorite Vegas show) and we'd end the night with table service and magnum bottles of vintage Dom at XS, where I'd make it rain in the pool and insist that everyone was skinny dipping by the end of the night!

If you could pick three people, dead or alive to go to dinner with who would you pick and where would you go?

I would love to go to dinner with Steve Jobs, Confucius, and Albert Einstein. I feel like with such a powerful and influential group of people Richard Branson would just hook us up with a free flight to space on Virgin Galactic where we'll enjoy a five course meal consisting of freeze dried space food with a view of Mars.

If you weren't playing poker professionally what would you be doing?

I enjoy teaching and I love kids so I would have liked being a teacher. I think teachers are such an important part of every person’s life and getting to be influential during in such formidable years of a child’s life would be very rewarding.