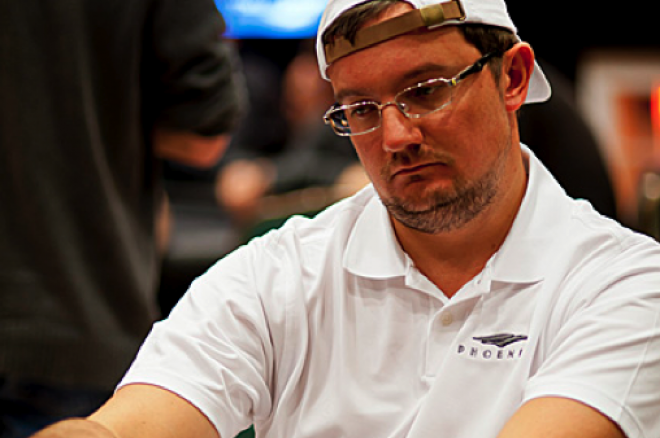 The first day of the 2012 PokerStars Caribbean Adventure Main Event is in the books. The day wasn't too long, lasting just nine levels and ending before midnight in The Bahamas. It was an exciting one, though. For one, the field grew to 418 players on Day 1a. That's a very good number considering all that has been affected from Black Friday and put the hopes of hitting around 1,200 very, very likely. Second, we saw the emergence of a big chip leader with the name Alexey Repik.

Repik climbed all the way from the starting stack of 30,000 in chips to finish on 220,100. He played fairly aggressive for most of the day and used a rather unorthodox style as to what most players are doing these days. Instead of smaller raises preflop or smaller bet sizes compared to the pot, Repik was often raising well over three times the big blind and betting near full pot, if not a little more, during the day. Whatever he did worked, though, and he'll be a very tough man to catch for the Day 1b competitors.

Levy got himself off to a very good start. He worked his way up near 60,000 quite early, but then ran pocket kings into pocket aces and was crushed all the way back to 11,000. Despite the misfortune, Levy fought back and was able to find a few doubles to get himself back in the game. The double that gave him a six-figure stack came in the last level of the night. Levy was all in preflop for 56,000 with the

for Jamie Rosen. An ace on the turn gave Levy what he needed to win the hand and sent his stack soaring.

Some of the notables who were eliminated on the day included Tristan Wade, Mohsin Charania, Brandon Cantu, Chris Moorman and Shaun Deeb. Team PokerStars players to fall included Johnny Lodden, Chris Moneymaker and Chad Brown. At the end of play, the board read that just over 200 players remained.

Day 1b kicks off at 1200 EST (1700 GMT) on Sunday and the field will be much, much larger. Some of the pros slated to play include last year's champion Galen Hall, Team PokerStars Pros Jason Mercier, Vanessa Selbst and Daniel Negreanu, Dan Shak, Matt Waxman, Eugene Katchalov and Jen Harman. PokerNews will be here to provide all the updates from the floor and you should be, too.

Following us on Twitter is the best way to keep up with the rest of the news from the tournament circuit and beyond.[/I]