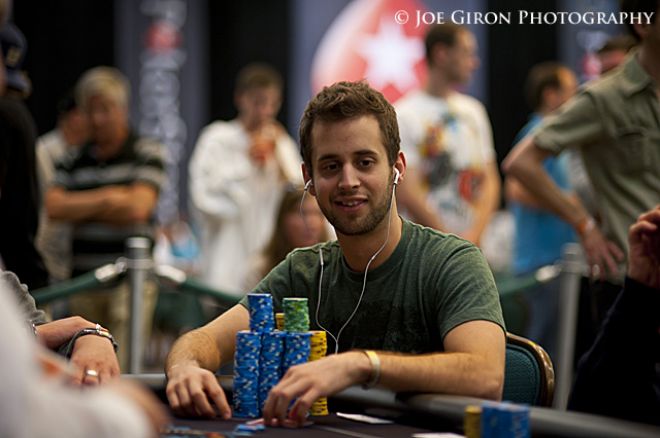 D’Auteuil was in the middle of the pack at the beginning of Day 3, but he quickly ascended to the top of the ranks. In one particular hand, he had Esteban Ripamonti all-in and at risk with the board reading

, and the turn and river brought the

. Her hand held as the board ran out

Pat Pezzin, Robert Rosen, JC Alvarado and David Inselberg were among the two-dozen players who failed to cash, but plenty of notables made trips to the cage, including Shane “Shaniac” Schleger, Leif Force, Liv Boeree, Randy “nanonoko” Lew and 2011 November Niner Phil Collins.

There are a couple of Team PokerStars Pro members still fighting for the 2012 PCA Main Event title. Greenstein went on a big heater in the middle of the day, peaking at 550,000. He lost a hand to Jaka late in the day, however, and bagged up 379,000 chips. Dominguez, Luca Pagano, Jan Heitmann and Arnaud Mattern also survived the day, as did Spanish professional golfer Sergio Garcia.

Last year's champion, Galen Hall is also still in the hunt to defend his title. He won $2.3 million last year, came in third in the $100,000 Super High Roller this year for $470,400 and is still alive in the final eight tables of this field. Hall will only return with 168,000 in chips (well below average), but he's still got nearly 17 big blinds and plenty of fight left in him.

Play will resume Wednesday at 1200 EST (1700 GMT), so be sure to follow along right here as the PokerNews Live Reporting Team brings you all the action, eliminations, and drama from the 2012 PCA at the Atlantis Resort in the Bahamas.