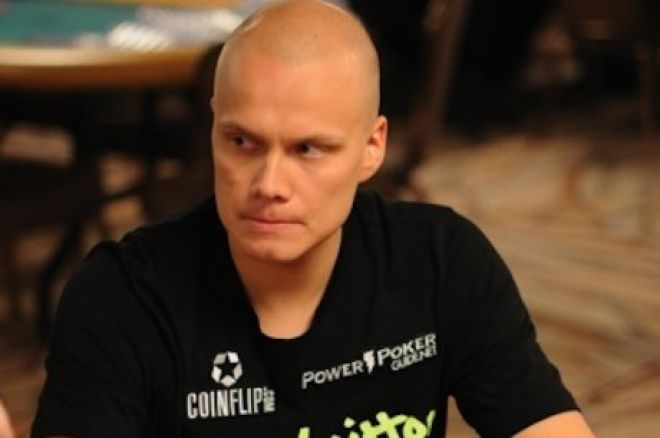 While 2011 was perhaps the worst year for online poker, there were still a couple of notable online stories. One story was the resettlement of high-stakes cash games to PokerStars; another was the subsequent race by Ilari "Ilari FIN" Sahamies and Rafi "refaelamit" Amit to become the year’s biggest winner. Things were hotly contested in December, with Viktor “Isildur1” Blom making a push for the title, but in the end, Sahamies won $2.18 million to become PokerStars' biggest winner of 2011.

Both Sahamies and Amit are high-stakes regulars who’ve been featured in the weekly Online Railbird Report more often than not, so it wasn't surprising to see both finish atop the year's leaderboard. It should be noted that Gus Hansen is listed as the overall big winner of 2011, having won $3,941,703 in the first 14 weeks of the year; however, he did so on Full Tilt Poker.

Surprisingly, both Sahamies and Amit took two very different routes to the top of the PokerStars leaderboard. For instance, Sahamies was in the red for the first two-thirds of the year while Amit built up a series of smaller wins on a monthly basis — with the exception of the summer.

Here is a month-by-month look for each player for 2011:

The year was shaping up to be a disaster for Sahamies, who is listed as having dropped $623,000 on Full Tilt, but he turned things around beginning in August. In fact, it took just two months for him to recoup his losses of $873,360 and move a half million into the black. From there, he won an average of $810,866 per month between September and November.

flop. When it was his turn, Sahamies bet $4,595, Torbergsen raised to $18,380, and both bernard-bb and Sahamies made the call. Action checked to Torbergsen on the

was put out on the river. Bernard-bb bet $84,810 and Sahamies called, showing

for a flush, which was better than bernard-bb’s

. Torbergsen mucked and Sahamies took down the $421,826 pot, the largest in PokerStars' history.

appeared on the turn. This time Amit checked, Blom bet $17,400, and Amit called. Again, Amit check-called a bet on the

for a missed straight. Amit proudly rolled over

to take down the pot.

Both players had flopped two pair, but Blom’s was superior. Neither the

Sahamies' bad day put the 2011 title in jeopardy, putting him just $50,000 ahead of Amit, but he managed to hold on for the win. Meanwhile, Blom’s late-December rush made him the third biggest winner on PokerStars, banking $1,472,695.

Here is a look at the Top 10 Winner and Losers on PokerStars for 2011: