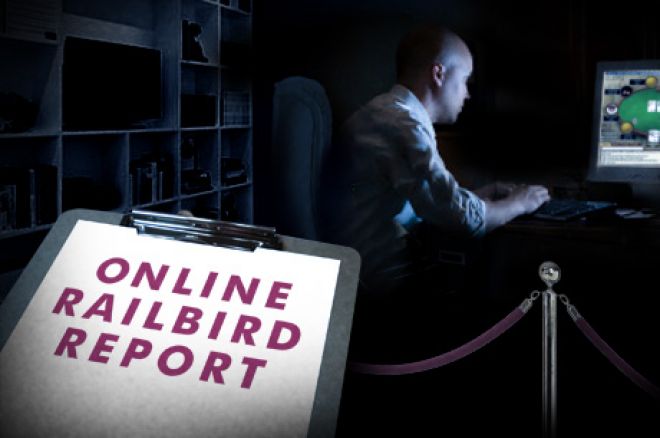 In December, the high-stakes action was fierce as Ilari “Ilari FIN” Sahamies and Rafi “refaelamit” Amit battled to become the biggest winner of the year on PokerStars, with Viktor “Isildur1” Blom making a last-second run at the title. As the calendar rolled over into 2012, Sahamies captured the title with $2,183,832 in winnings, and the race to become 2012's biggest online winner began.

A few players wasted little time in entering the race, including Blom. Other high-stakes regulars like Davin “mTw-DaviN” Georgi and Phil “MrSweets28” Galfond joined him at the tables, and while they played some of the most interesting hands of the week, none managed to finish atop the weekly leaderboard.

Blom had flopped an open-ended straight draw and was behind Georgi’s pair of kings. The

turn was interesting because it gave Georgi two pair but gave Blom more outs to another open-ended straight and a flush. Luckily for Georgi, the

Georgi had flopped the nut straight, while Blom held a big draw to a higher straight. The

turn was of no consequence, and the

Kyllönen had flopped middle pair with straight and flush draws, while Blom held top pair with the same straight draw. Neither the

flop was kind to Blamen, giving him the nut-flush draw, but the board ran out

to give Galfond jacks and sixes that were good enough to scoop the $64,874 pot.

was put out on the turn followed by the

Blom Goes on Tuesday Tear; Drops It All and Then Some on Wednesday

flop. Action checked to Blom, who fired out $3,648. D’Auteuil folded, and Georgi made the call, leading to the

was put out on the river. Georgi turned over

for top two pair, but it was no good against the

Blom had turned a larger two pair, but still needed to dodge the draws of Georgi. With $53,652 on the line, the

was put out on the river, giving Blom the win. Unfortunately for Blom, his luck changed when the clock struck midnight, bringing about a woeful Wednesday.

Biggest weekly winners/losers all on PokerStars