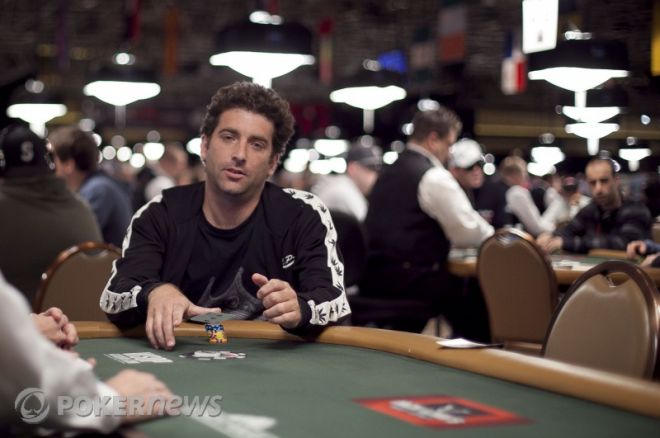 The 2012 Sunday Majors season kicked off Sunday with big numbers across the board, and four players earning six-figure scores. The largest prize went to "FMorbiducci" for a runner-up showing in the Sunday Million, from a final table that included Team PokerStars Online's Shane "shaniac" Schleger.

When the final table of the Sunday Million began, three players were within five big blinds of the chip lead. PokerStars Team Online's Shane "shaniac" Schleger was among them, but by the time seven players remained he had lost about 40 percent of his stack. However, a seven-handed deal was worked out that guaranteed Schleger $84,000.

Schleger got his chips in shortly thereafter with

and appeared primed to double up against "Ifold2ndnuts'"

. However, the board ran out

to deliver a brutal river and send Schleger to the rail in seventh place.

Sure enough, "Ifold2ndnuts" made it all the way to heads-up play and went on win. On the final hand, "FMorbiducci" shoved with

and was called by "Ifold2ndnuts," who was holding

. The board came down

to secure the victory for "Ifold2ndnuts."

A couple of notable players were close to making the Sunday Warm-Up final table as Bryn Kenney came in 15th place, and two-time Sunday Million winner Juan Antonio “vietcong01” Barros finished in 14th place. As for those who did make it, "Flying Smile" held the chip lead at the start, with nearly double the amount of second place. "Jenbizzle" was the one in second on the chip leaderboard, and was on a mission at the final table, eliminating three players by the time action was three handed.

The rare, three-way all-in-for-the-tournament hand was played "jenbizzle," with a huge chip lead, shoved on the button with

. "Flying Smile" called all-in for about 12 big blinds with

in the big blind.

, but was dominated by "jenbizzle's"

. The board came down

to lock it up for "jenbizzle."

To read more about this week's Sunday Warm-Up, check out PokerStarsBlog.com

The Sunday 500 attracted 712 entrants, creating a prize pool of $356,000. Ben "delaney_kid" Delaney and Mickey "mement_mori" Petersen were eliminated just shy of the final table, in 11th and 10th respectively. A three-handed deal took place at the final table, and Duy "dsnka" Le Thanh survived his opponents to take home $51,443.92.

The Bigger $55 drew a more notable final table than usual. Rafael "LiroLa" Monteiro, Alon "hamazriya" Nissim, Jamie "Bear4rms" Sykes, and Shyam "G's zee" Srinivasan all made appearances at the final table. Srinivasan and Sykes were eliminated in eighth and seventh respectively, but Nissim and Monteiro were part of the four-handed deal that took place. The shortest stack when the deal was struck, "TheTravMan58," came away with the victory, pocketing $23,676.34.

As is usually the case, the $109 Sunday Rebuy's final table was stacked. Alex "joiso" Kostritsyn and Alex "Allingomes" Gomes came up just short of the win, finishing in third and fourth respectively. After a heads-up deal, "DimaDima13" took it down for more than $44,000.

The Sunday Storm drew a monstrous field of 34,827 and offered a result that was unusual. There was no chop on Sunday as "naozay" won outright for just less than $30,000.