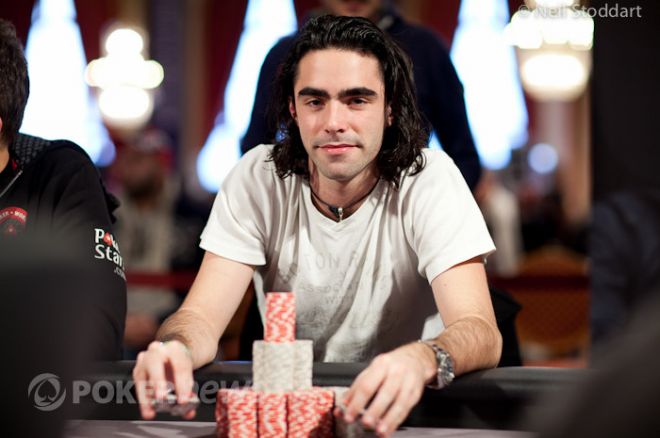 It took a little more than six hours to reduce the field from 24 players to eight, and set Monday's final table for the PokerStars.fr European Poker Tour Deauville.

Sunday mostly belonged to Paul Guichard. He will enter the final table as the chip leader with 5,955,000 in chips. He won a big pot off of Olivier Rogez, when he made the nut flush with

board. Guichard took over the chip lead, and hardly looked back. He is followed closely by Vadzim Kursevich, who has impressively made his second EPT final table within a year (he finished third at EPT7 Berlin).

Luca Pagano came into play on Sunday as the chip leader but didn’t have things go his own way like they did on Day 4. He still made the final table, back in the pack in fifth with 2,010,000 in chips. We were lauding over Pagano after he made the money, his 20th in all. This is the Team PokerStars Pro’s seventh final table, yet another record extending bar set higher. We are running out of superlatives to describe his achievements on this tour. All he needs now is that elusive title, and then he can change his name to Mr. EPT.

The unfortunate player who finished in ninth place and will miss out on Monday’s festivities is Sergey Baburin. His journey came to an end when he got his chips in with

on the turn of a

board, only for Bruno Jais to call with

. Baburin was drawing dead and the final table was set.

Chris Brammer, Kevin Vandersmissen, Marc Inizan, and Ignat Liviu were among the players who came into play on Sunday, but had their hopes dashed short of the final table.

This is how the final table will line up on Monday:

Play will begin at 1200 CET (0300 PST) on Monday. The minimum a player will take home is €67,200 for eighth, whereas the winner will take home €875,000. French gaming law states that no deals can be agreed between the players, so the life-changing jumps in the payouts will cause a few jangling nerves.

Join the PokerNews Live Reporting Team back here and we’ll bring you every major hand and every bust out throughout the day. Follow PokerNews on Twitter for up-to-the-minute news.