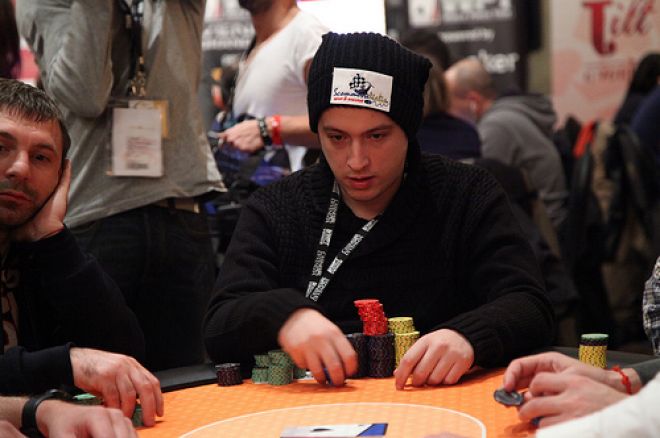 The World Poker Tour continued this week with Day 1 of the WPT Venice Grand Prix from the Casino Di Venezia. Last year, the same event drew 523 players, and Alessio Isaia defeated Szabolcs Mayer in an eight-hour heads-up battle to claim the $518,832 first-place prize. This year, 155 players entered the field, and Filippo Candio emerged as the Day 1 chip leader with 227,900.

flop. Candio wasted little time in firing out 8,000, Bjerkmann raised to 18,000, and the button got out of the way. Not to be outdone, Candio moved all-in. Bjerkmann, who began the hand with around 100,000, folded his hand, prompting Candio to reveal

Unfortunately, not everyone was as lucky as Candio. Scott Montgomery was an early elimination after his

. Likewise, Jack Ellwood hit the rail after he got his money in holding

flop against Guillaume Darcourt who was holding

. Neither the turn nor river helped Ellwood, who was eliminated in Level 6. Other eliminations included Giovanni Rizzo, Mario Adinolfi, David Nicholson, James Dempsey, Arnaud Mattern, Dragan Galic, Max Pescatori, and Isaia, meaning there would be no repeat champion.

For more on the WPT Venice Grand Prix, be sure to visit the Party Poker Blog to see what Tony G and Mike Sexton have to say from the Casino Di Venezia.