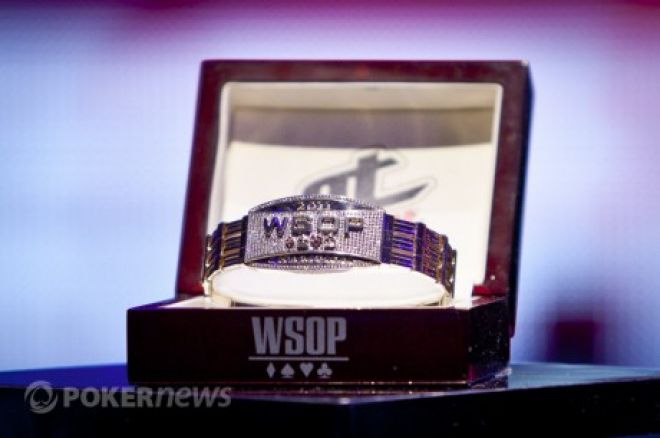 The World Series of Poker has announced the 2012 WSOP schedule, along with numerous changes and additions. This year, 61 gold bracelets will be up for grabs from May 27 through July 16, 2012, at the Rio All-Suite Hotel in Las Vegas.

"This year’s WSOP schedule is very exciting,” said WSOP Tournament Director Jack Effel, who will oversee the event for the seventh consecutive year.

“We’re introducing some fantastic new events, while bringing back many successful stalwarts that our players love. We will expand our footprint this year to include extra tables dedicated to cash games, as well as plenty of satellite and single-day tournament space, so players will have an easy time finding a desirable game without ever having to leave the Rio Convention Center.”

The most notable changes involve the Main Event. First, instead of the usual four starting days, there are only three (Saturday, July 7; Sunday, July 8; and Monday, July 9). Also, the traditional day off has been removed. Finally, there will be no November Nine this year because the final table has been moved up a week to accommodate the U.S. presidential election. Instead of happening in November, the final table will be held in two stages. First, nine players will play down to two on Sunday, Oct. 28, and the heads-up battle will take place on Tuesday, Oct. 30.

The inclusion of Event #49: $1,500 Ante Only No-Limit Hold’em comes on the heels of the WSOP’s introduction of the event at the recent WSOP Circuit stop at Caesars Palace in Las Vegas. What is an Ante Only tournament? According to the WSOP: “In a twist on traditional no-limit hold’em poker, this event will be played without the small and big blind bets. All players at the table will ante to begin every hand, with the person to the left of the button starting the action with a choice of folding or bringing in the minimum chip amount in play. The event will create a lot of action and multiple-player pots.”

Here are some of the other changes for this year’s WSOP:

An additional 92 tables have been added, bringing the total number of tables up to 470. The Brasilia Ballroom will be used to accommodate the extra tables.
The opening weekend, June 2 and 3, will feature a $1,500 No-Limit Hold’em Re-Entry tournament.
The $1,000,000 buy-in One Drop event will be held on July 1.
The Seniors Event will begin at 10 a.m. and The Big One for One Drop will start at 1:11 p.m.
Preregistration for the 2012 WSOP will be available online beginning Feb. 8, 2012.

For a look at the entire 2012 World Series of Poker schedule, visit WSOP.com.