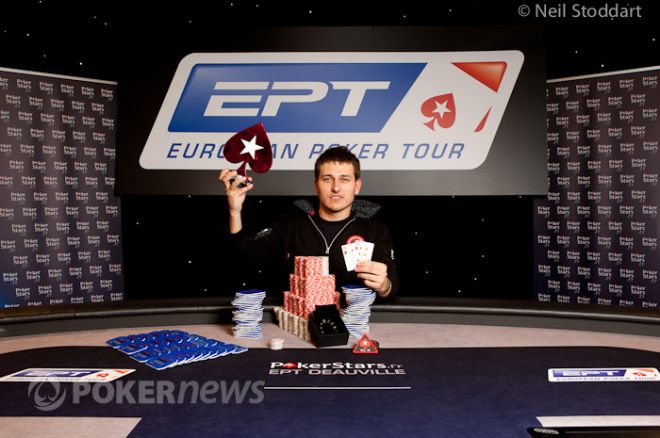 Each week, the Global Poker Index releases a list of the top 300 tournament poker players in the world by using a formula that takes a player's results over six half-year periods. Erik Seidel's lead on Jason Mercier remains undisturbed because there were no changes in the top 10 this week. For a look at the entire list of 300, visit the official GPI website.

Heinz Kamutzki debuts with the highest ranking this week following his 36th-place finish in the EPT Deauville Main Event. With that cash, Kamutzki now has a full slate of four results that will be counted in his Period 1 results.

The biggest rise of the week belonged to Vadzim Kursevich. He won the EPT Deauville Main Event and now also has four Period 1 scores to be calculated in the GPI.

Nicolo Calia took the biggest GPI tumble this week. Already with zero Period 1 scores on his GPI resume, his 43rd-place cash in the the 2011 WPT Venice Main Event slipped into Period 3.

The 2012 WPT Venice Main Event Final Table was set on Thursday. Andrea Dato, currently No. 283 on the GPI, and Simon Ravnsbaek, (No. 195) are in first and second respectively, in the chip counts. Jason Wheeler was eliminated in seventh, just missing the final table. Expect Wheeler to be back on the list next week, and Ravnsbaek and Dato to see solid rises.