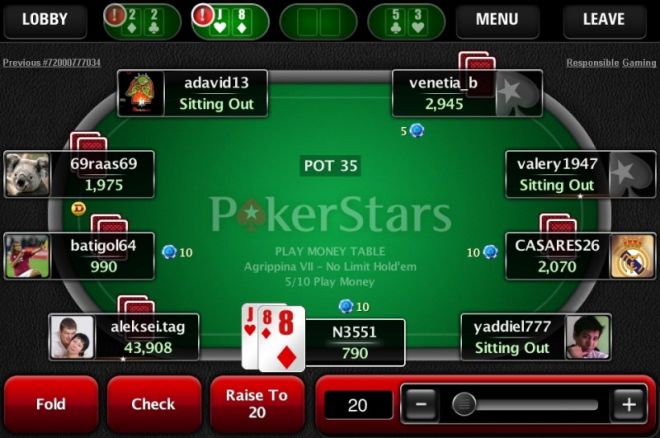 PokerStars has unveiled a new poker app that will allow players in the United Kingdom to play free and real-money games on a variety of mobile devices. PokerStars Mobile is now available to download and play on Apple's iPhone, iPad and iPad Touch, and on many Android phones and tablet computers.

“PokerStars Mobile is more than just the migration of the existing PokerStars game product to the mobile platform,” said Jeffrey Haas, PokerStars' director of new platforms.

“It’s an intentional product designed specifically for the form factors of mobile and tablet devices, and the different ways people play games on them. This is the best authentic poker experience available for mobile devices today.”

PokerStars Mobile offers real-money games in varieties like Texas hold'em, Omaha and Omaha hi-lo, and players can participate in the same multitable tournaments, sit-and-gos and ring games they would on their laptops or desktop computers.

Some of the features on the mobile app include multitabling (up to five tables on the iPad), player and tournament search, lobby filters, chat, and hand histories.

“PokerStars Mobile is going to transform where and when I play poker — I now have access to the biggest tournaments and all my favorite cash games, even when I’m not in front of my computer," said Team PokerStars UK & Ireland Pro Liv Boeree.

"I plan to play all the upcoming UKIPT events and will now be able to play some poker when traveling to or from a tournament.”

Tuesday's announcement comes one month after a successful launch of PokerStars Mobile in Italy. PokerStars said in a press release that 10 percent of its customers in Italy play on a mobile device, and 7 percent play exclusively on devices.