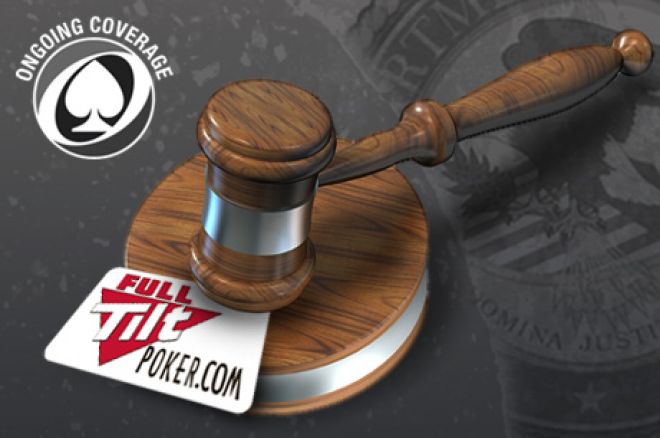 According to a report by Gaming Intelligence last week, the owners of Full Tilt Poker agreed on the final terms of their forfeiture agreement with the U.S. Department of Justice on Jan. 24. The agreement could allow French investment firm Groupe Bernard Tapie to fork over the agreed $80 million to purchase the company from the DOJ.

Laurent Tapie, who serves as the managing director of the French investment group, told Gaming Intelligence that there is still a long way to go to complete the deal. Tapie, who had hoped to have a re-branded Full Tilt Poker launched by March 1, indicated that GBT is in negotiations with the Alderney Gambling Control Commission (AGCC) to resurrect FTP's license. The AGCC revoked Full Tilt's license last September because the company misled officials about its financial operations.

"We need to complete our due diligence and reactivate the license,” Tapie said.

The DOJ also agreed to dismiss the civil forfeiture proceedings against FTP, which removes liability for the company's shareholders. However, it will not impact the individual proceedings against those individuals named in the indictments including Howard Lederer, Chris Ferguson and Ray Bitar. The aforementioned shareholders were recently given until March 19, 2012 to respond to an to the amended civil complaint filed by Preet Bharara, the U.S. Attorney for the Southern District of New York. It was the third extension they've received since Sept. 20.

"At this stage in the litigation it remains unclear whether the direct cause of Plaintiffs’ injuries was the decision by the U.S. Attorney’s office to temporarily shut down the Full Tilt Poker website and seize the company’s assets or was instead, as Plaintiffs’ conversion allegations suggest, the subsequent decision by one or more of the Defendants to halt player withdrawals from the Full Tilt Poker website. What is clear is that in neither case was the direct cause of the injuries the racketeering offenses alleged in the complaint," the judge wrote in the Memorandum and Order.

"We are very pleased with the outcome. We obviously fully agree with the court's reasoning," Jeff Ifrah, the plaintiffs' attorney, told Law360.com.

Ifrah later confirmed the ruling in a press release: “The Court’s decision recognizes that relief for the players is being pursued by the United States. There is no compelling basis to open additional doors for private class action lawyers to pursue that very same relief.”