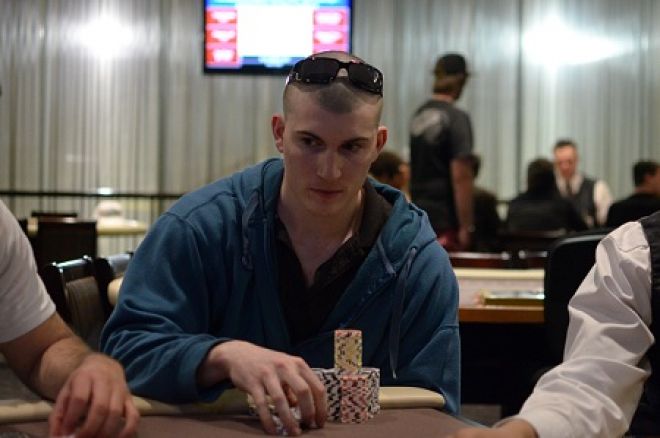 After a huge launching of the fourth season of the PokerStars.net Australia New Zealand Poker Tour, Day 1a of the ANZPT Sydney Main Event came to a close early on Friday morning.

There were 214 players who started the day on Thursday evening, making it a huge field and setting the event on target to easily surpass the 393 players who took part in last year’s ANZPT Sydney. Of those players, approximately 98 will return on Day 2.

The player who finished up in the best shape at the end of Day 1a was Tobin Ryall. A huge effort throughout the day saw Ryall accumulate 138,500 in chips.

The largest pot for Ryall came when he held

on a board showing

. That hand was enough to send his opponent's cards into the muck and so began Ryall's late domination.

While the above players may be prospering, it wasn't the same story for the following players, with Tom Grigg, David Steicke, Aaron Benton, Daniel Neilson, Grant Levy and Andrew Hinrichsen all being eliminated throughout the day.

Also joining the above players on the rail was 2010 APPT Sydney champion, Jonathan Karamalikis.

Karamalikis was one of the early chip leaders on Thursday evening, but that would all change later in the night as nothing seemed to go his way. First Karamalikis lost a massive flip holding

on a board which showed

. The next hand Karamalikis was all in for just 250 in chips and no luck would see him out the door.

The play on Day 1b is set to kick off on Friday at 1230 AEST (1930 PST Thursday). Make sure to join the PokerNews Live Reporting Team as they will again be on the floor providing all the action from the 2012 ANZPT Sydney Main Event.