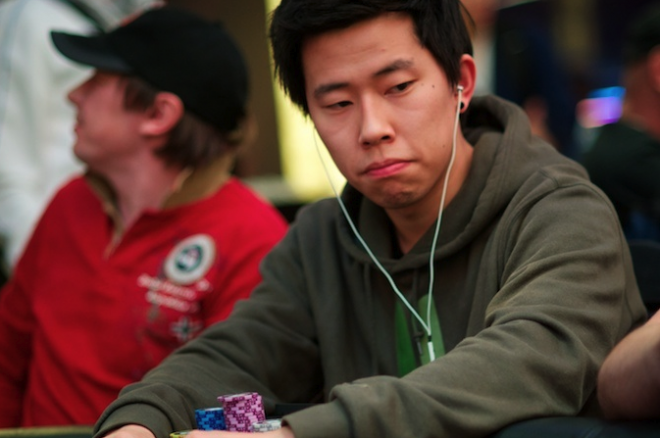 After a two-season hiatus, the PokerStars.net Asia Pacific Poker Tour returned to Seoul, South Korea. The first day of play at the 2012 APPT Seoul Main Event came to a conclusion on Thursday evening after the first eight levels of play went into the books.

There were a total of 129 players who took part in Day 1a and of those it was Christopher Park who finished with the most chips. It never seemed like Park played a massive hand. Instead, he slowly built his stack with well-timed aggression and plenty of expert play. At the end of the night, Park bagged up 119,800 in chips and was the only player to end with six figures.

One of the early stories to emerge out of Day 1a was the domination of 2012 Aussie Millions Main Event champion Oliver Speidel. A great start from Speidel saw him win a big flip holding

. Speidel continued his rise up the counts from there, with a late half of the evening seeing him finish up with a solid 74,400 in chips. That was good enough for seventh overall to end the day.

Some of the notable players who couldn’t quite manage the momentum they needed to survive the night included Terrence Chan, Jesse McKenzie, Grant Levy and Darren Judges.

The 129 players who have entered so far are proof that this side of the world deserves a championship poker tournament, with the record number of players for an APPT Seoul event set to be broken come Friday afternoon when a capacity field takes to the felt on Day 1b. The original record was set back in 2007 during Season 1 with 186 players coming out for the APPT Seoul Main Event.

The play on Day 1b is set to kick off at 1230 local time on Friday. Make sure to join the PokerNews Live Reporting Team as they again bring all the coverage from the APPT Seoul Main Event.