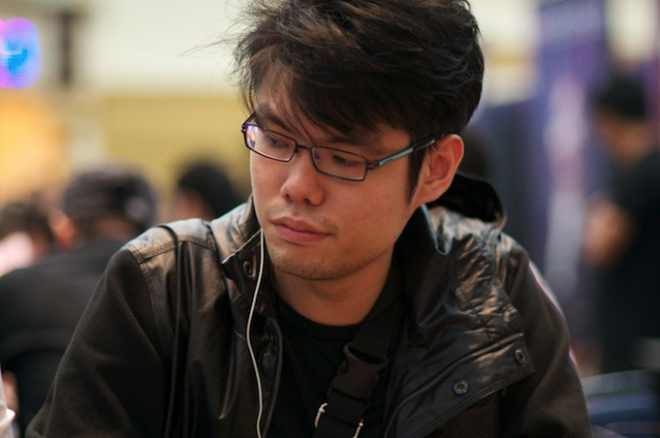 Day 1a of the 2012 PokerStars.net Asia Pacific Poker Tour Cebu kicked off on Wednesday with 51 players in the field. At the end of the day, 27 players remained and Han Ruo Goh led the field with 84,300 in chips.

Joining those players in action for part of Day 1a were Aaron Benton, Grant Levy, Victor Chong and Paul Hockin, to name a few. We say "part of Day 1a" because unfortunately for those players, their tournament lives came to an end.

Benton went out during Level 4 with the blinds at 150/300/25 and was eliminated by Daniel Palau. The 2009 APPT Sydney champion, Palau and Daniel Laidlaw saw a flop of

before Laidlaw checked. Benton bet 2,800 and Palau made the call. Laidlaw folded.

The turn was the

for a set of sevens. Benton was drawing to two outs on the river with

in his hand. The river was the

and Benton was eliminated.

Day 1b will kick off Thursday at 1210 PHT (0510 BST) and PokerNews will be on hand for all of the updates. Be sure to follow along with our Live Reporting Team all tournament long.