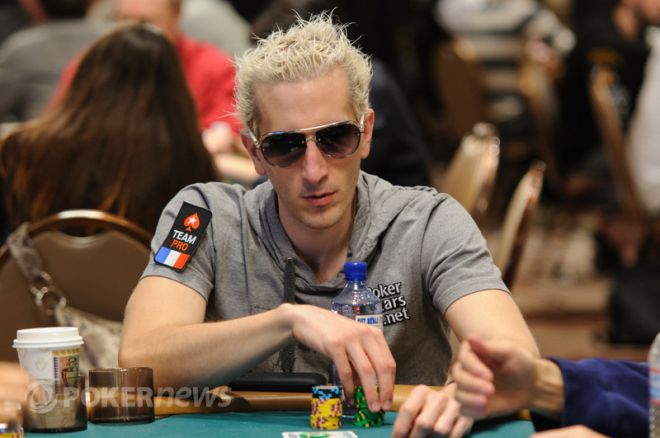 Bertrand “ElkY” Grospellier gained about 47 points since last week's rankings and finds himself only three points behind Jason Mercier. "ElkY" finished seventh place for €43,510 in the €10,000 No-Limit Hold'em High Roller event at EPT Barcelona. Meanwhile, his fourth-place result ($72,550) from the $25,000 No-Limit Hold'em High Roller at the 2012 LA Poker Classic aged into Period 2 and also increased his Period 2 total.

Sixteen players were new to this week's GPI, led by Joni Jouhkimainen, who finished third at the EPT Barcelona Main Event for €404,050.

The biggest rise of the week belonged to Jean-Noel Thorel after his sixth-place finish in the €10,000 No-Limit Hold'em High Roller event at EPT Barcelona for €54,390. That gave his Period 1 total a significant boost as he only had one other cash since late February. Alex Bilokur and Tobias Reinkemeier finished second and third in that event, respectively, and also climbed up the GPI ranks.

Dropping the most this week was Matt Stout. His seventh-place result in a $5,100 side event at the 2012 LA Poker Classic (worth $21,390) aged into Period 2, leaving Stout with only one Period 1 result.

The World Poker Tour Legends of Poker wrapped up Wednesday, and next week you can expect Greg Mueller (fifth place) and Ali Eslami (fourth place) to enter the GPI. Meanwhile, Jeff Madsen (No. 291) finished sixth and should get breathing room for the No. 300 cutoff.