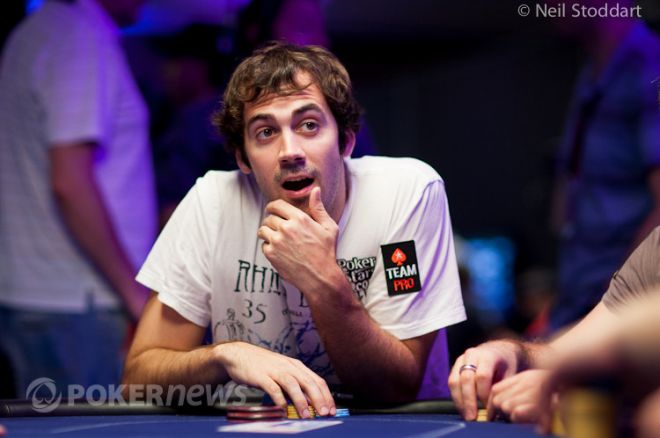 Despite recently winning the European Poker Tour Barcelona €50,000 Super High Roller (for €962,925), Dan Smith still sits in the No. 3 position. An aging Period 2 score kept Smith from gaining on Jason Mercier and Bertrand "ElkY" Grospellier. Smith's runner-up showing in the $1,850 no-limit hold'em event at the Park Open Classic last August aged into Period 3. That leaves him with three cashes in Period 2 (one short of a full slate), so the net loss in his Period 2 outweighs his net gains in Periods 1 and 3.

Erik Seidel's stay outside of the top 10 was quick, as his sixth-place finish in the European Poker Tour Barcelona €50,000 Super High Roller (worth €153,600) bumped him up seven places to No. 8. Mike "Timex" McDonald also made that final table, finishing fifth for €215,100 and rising two places to No. 7.

Six players were new to this week's GPI, led by Kunal Patel at No. 248, following his 21st-place finish in the $3,300 No-Limit Hold'em Main Event at the WPT Parx Open Poker Classic.

The biggest rise of the week belonged to Anthony Gregg, who took down the $3,300 No-Limit Hold'em Main Event at the WPT Parx Open Poker Classic.

Max Silver's GPI stock fell the most this week. His win in a €2,000 no-limit hold'em event at the UK & Ireland Poker Tour Galway aged into Period 2.

The European Poker Tour Barcelona Main Event is set to wrap up this weekend. In addition, the €10,000 High Roller event will also take place featuring many of the top names in the GPI.