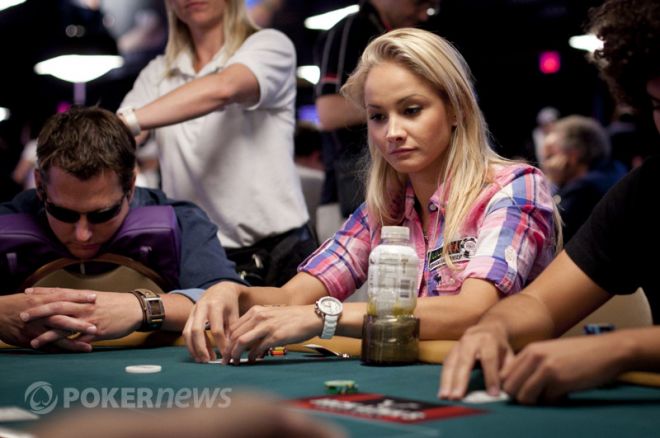 The final Sunday of August also happened to be the final Sunday before the start of the 2012 World Championship of Online Poker. For the next three weeks, the biggest of the usual Sunday Majors will be on hiatus. Still, that didn't stop this week's affairs from producing a few big winners. Three players took home six-figure scores, the biggest of which went to "nebo_blizko" for winning the Sunday Million. Valentyn “touchmynuts1″ Shabelnyk earned a victory in the Bigger $109, while Sergey "gipsy74" Rybachenko, Ozenc "ozenc" Demir, Kevin "flopped6810" Sharp, and Ty "puffinmypurp" Reiman were among the many notables who made final tables.

Also making a final table was Krisztina "Krisztasoul" Polgar. Just days ago, she was a part of the PokerNews video team at EPT Barcelona. Less than 48 hours after it ended, she was doing some damage of her own on the virtual felt, finishing runner-up in the Bigger $55 for nearly $30,000.

, but "nebo_blizko" had the goods with

, giving "ChaseTh3Ace" top pair. However, the

river were no help, securing the victory for "nebo_blizko."

To read more about this week's Sunday Million, head over to PokerStarsBlog.com.

To read more about this week's Sunday Warm-Up, head over to PokerStarsBlog.com.

A stacked final table in the Bigger $109 resulted in a seventh-place finish for Mark "RedRad 01" Darner, a sixth-place showing for Wesley "ZeelandBoy" Wiemes, a fourth-place result for Jordan "JWPRODIGY" Westmorland, and a third-place score for Matt "VegasDietz" Dietrich. Earning the win, following a heads-up deal, was Valentyn “touchmynuts1″ Shabelnyk for more than $41,000.

From the PokerNews video team at EPT Barcelona to Sunday grinder, Krisztina "Krisztasoul" Polgar defeated all but one in the Bigger $55 this week.