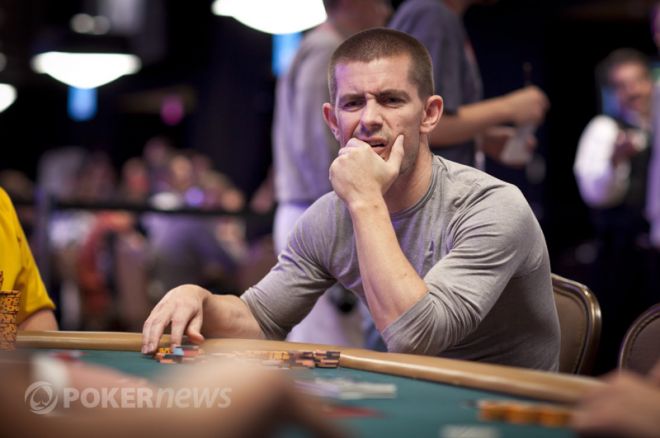 It was a fairly quiet week at the high-stakes tables on PokerStars. Sure, there were still hundreds of thousands of dollars changing hands, but not the near half-million-dollar swings we’ve become accustomed to as of late.

Last week we told you about a shakeup atop the 2012 PokerStars yearly leaderboard as Ben “Sauce123” Sulsky overtook “EireAbu.” Well, it didn’t last long because Sulsky dropped $97,915 this week and relinquished the lead back to “EireAbu.”

A Little FLO8 & PLO Action on a Slow Sunday

“Mtvdeuem's” aces were out in front, and they held as the

appeared on the turn followed by the

flop put action on Torbergsen, who fired out $1,900. Both of his opponents called, the

“1Il|1Il|1il|” got it in with jacks full of threes, which was the second nuts. Unfortunately for him, Torbergsen held the only hand that could beat him — quad threes. The

river was of no consequence, and Torbergsen was pushed the pot.

Sulsky had flopped eights full and was well out in front of Augdal’s trip fives. The

turn was nothing special, but the

Hitting the river was something Augdal became accustomed to on Monday, as evidenced by another big hand. It happened at another six-handed table and began when Augdal ($22,119) opened for $300 from early position. Three calls followed, and then Hansen ($36,287.19) three-bet to $1,920 from the big blind. Augdal made the call, as did Benny “toweliestar” Spindler ($9,750) from the button, and there was three-way action to the

Augdal had flopped two pair along with straight and flush draws, which he needed to hit to overcome Hansen's flopped set. The

turn was a blank, but the

river was not as it completed the aforementioned straight draw and gave Augdal the $46,833 pot.

Little is known about the mysterious PokerStars player “FaKeOrReaL” other than the fact that he first appeared at the high-stakes tables in July. On Wednesday, “FaKeOrReaL” made his presence known at the $50/$100 PLO tables by putting in nearly 8,000 hands in 13 hours and banking an impressive $216,800. He did so not by winning any big pots, but by raking in numerous medium-sized pots.

Here’s a look at his biggest of the day:

Van Der Sman was ahead with his kings, but the

turn gave “FaKeOrReaL” a set and the lead. The

river actually improved “FaKeOrReaL” to a flush, which was good enough to win the $37,978 pot.

Rob “Vaga_Lion” Akery was the polar opposite of “FaKeOrReaL” and lost $140,500 on the day. While Akery was at the table for the biggest hand of the day, he wasn’t a part of the action. Here’s a look at that hand, which saw the $59,305 pot pushed to Gus “broksi” Hansen.