Jason Mercier Gives Insight into the World of Staking 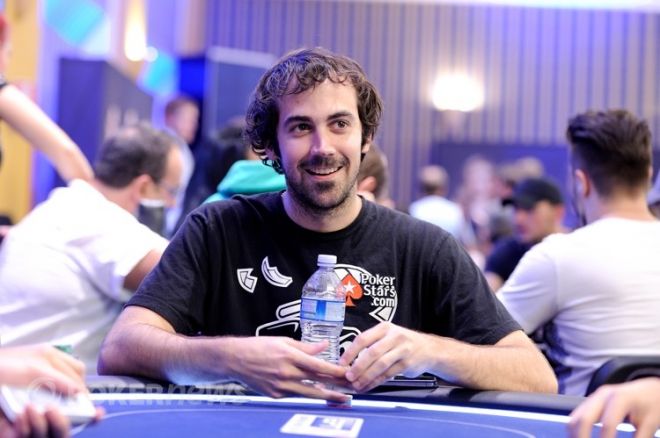 In the poker world, backing or staking agreements are as common as bad-beat stories. One would be surprised to find out that many prominent players don't actually play their own money and which players actually serve as the backers, but it's a completely understandable practice.

Specifically speaking, tournament poker can be very volatile to the bankroll, especially live tournaments that come few and far between and last for extended periods. Online, a player can fire up a number of tournaments that run round the clock. Live, the buy-ins are much larger on average, and a player can only play one tournament at a time. Often, this means playing a big Main Event every week or two. Then there is the travel and accommodation cost to get over, and if you don't cash for a stretch of 10 to 15 tournaments, a player could be at risk for an extremely negative year.

It's no secret in the poker world that players back other players. Often, a backer has a "stable of horses" — more than one player who is backed. Well-known Team PokerStars Pro and two-time World Series of Poker gold-bracelet winner Jason Mercier makes no secret of the fact that over the years he has backed players including Allen Bari, Dan O'Brien and Brent Hanks. There have been others, but these were his main "horses" for an extended period. To get some insight from someone who knows the ins and outs of backing, PokerNews recently chatted with Mercier about his experiences.

Why and when did you get into backing players?

I got into backing players in October 2008. That's when I started backing Brent Hanks and Dan O'Brien. I basically got into it because I had learned about it, had just come into a bunch of money, and thought that it was an easy way to make money because the poker world is full of bad players, and if you find good players and put them into tournaments, they'll make you money.

It's been a few years since you started backing. Do you still think it's an easy way to make money?

I don't think that it's an easy way to make money. I think that if you get the right guys, it's definitely going to be profitable. I mean, it takes time, it takes work; you have to do a lot of books and tracking and making sure that your guys don't suck.

Do you think that not keeping books or tracking their players correctly are reasons why people are unsuccessful with backing?

What is a standard backing deal?

A standard backing deal is fifty-fifty with make-up.

Editor's Note: What Mercier's talking about here is your common backing deal. Generally, the backer fronts all money for tournament buy-ins and takes a 50 percent cut of the winnings. The other 50 percent goes to the player. A player is often going to lose more times than he wins, which is why make-up is in place. This can be best explained through an example.

Do you ever plan on moving away from backing?

I've been in the process of moving away from backing. Right now, I pretty much back only one full-time player in Dan O'Brien. Two other "horses" that I have basically don't play poker that much anymore, and I know one of them doesn't completely play anymore. I've just kind of drifted away from it because it's a bit of a headache, and I'm just kind of over it. I'm happy with backing Dan right now.

Is it something you wish you didn't get into?

No, not necessarily, because I've met so many good friends through backing them, through the relationships I've made with them and then their friends. So, a lot of my friends in poker have come from me backing players. Not to mention, I've actually made money now lifetime, so that's always a good thing. I definitely don't wish that I'd never done it.

How prevalent is backing within the poker industry?

Backing is definitely a huge part of the poker industry. There are a lot of players that — I mean, most players have been backed at some point or have backed someone. It's a huge part, and it's how a lot of guys are able to play big buy-in tournaments.

Do you think it's better to do more selective backing like in your case, or something along the lines of a Bax and Sheets operation where they have been rumored to back hundreds of players?

I think that if you're backing too many players, like more than 20, it's going to be very difficult to make money. Just because it's going to be so hard to keep track of whether or not the guys are good or bad, how they're playing and what they're playing. It's just going to be very difficult. I think it's much easier to make money if you have one, two, three or four guys that you know are going to be profitable when you put them in. The variance is obviously extremely high either way, but I think [a more selective approach is] the way to go.