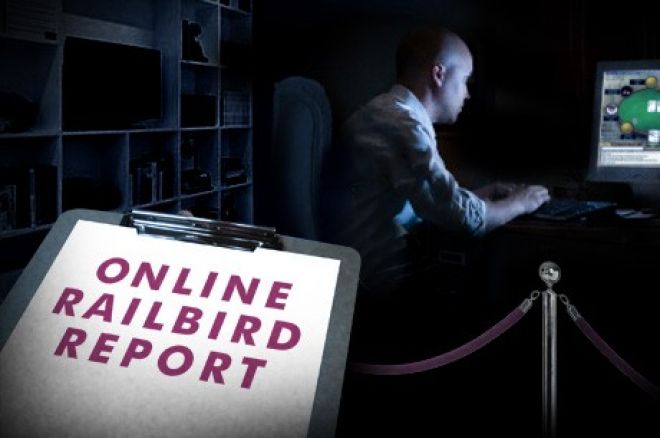 The 2012 World Series of Poker Europe is in the books, and the PokerStars European Poker Tour Sanremo is underway. All the while, the online high-stakes games over on PokerStars have been running around the clock.

for a ten-high straight, but it was no good against Tollerene’s

We don’t talk about it much in the Online Railbird Report, but there have been some strong fixed-limit Omaha 8 or better (FLO8) and 2-7 Triple Draw games on PokerStars the last couple of months. “RaiseOnce” has been seen at these tables regularly, and on Sunday he won an impressive $372,000, which contributed to him becoming the week’s biggest winner and put him just $157,000 down through 2012.

Approximately $114,000 of “RaiseOnce's” profit came at the 2-7 Triple Draw tables against Vladimir “GVOZDIKA55” Shchemelev, and more than $200,000 of it came in FLO8. Regarding the latter, “RaiseOnce” took most of his winnings from “patpatman,” who dropped a staggering $330,000 over the course of the day and finished as the biggest loser.

. Unfortunately for him, “patpatman” rolled over

After losing big on Sunday, “patpatman” rebounded on Monday after finishing as the day’s biggest winner with $219,400 in profit. Much of that came from Ben “Sauce123” Sulsky, who sits atop the PokerStars 2012 Leaderboard at the $200/$400 no-limit hold’em tables. Needless to say, at stakes that high, there were quite a few big pots.

, which both players checked. When the

river, which “patpatman” called to create a pot worth $224,439. Sulsky turned over

for a flush, but it was no good against “patpatman's”

was good against Millar’s