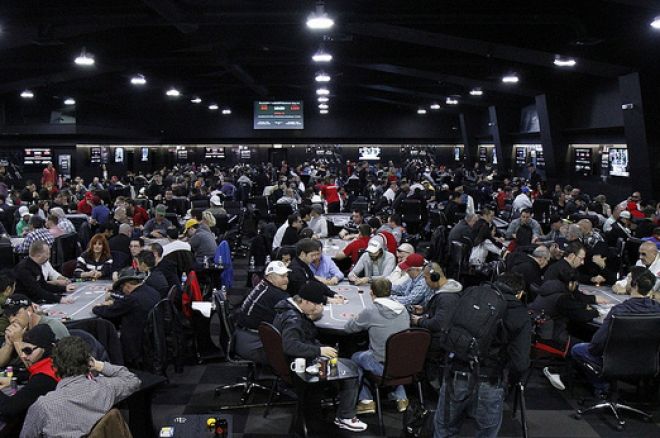 The World Poker Tour made history in Canada on Saturday. The first-ever $3,300 buy-in WPT Montreal Main Event saw 695 players enter on the second Day 1 flight, creating a total field of 1,173 — a new record in Canada for a tournament with a buy-in of $1,000 or more.

Gross, a two-time WSOP final tablist, scooped a big pot late in the day to vault up the leaderboard. According to the WPT Live Updates team, Gross put in a three-bet preflop to 15,800 and the original raiser called to see a

flop. Both players checked, and the

fell on the turn. Gross called a bet of 16,000 and dealer rolled over the

on the river. After his opponent checked, Gross pondered his next move before betting 39,000. The other player quickly called, but he mucked when he saw Gross table

Well Montreal my stay was short & not too sweet. I came I saw I got conquered. #inandout

Each member of the historic WPT Montreal final table at the Playground Poker Club will collect a six figure payday. Here's a look at the payouts:

Day 2 of the WPT Montreal Main Event will commence at 12:00 EST (17:00 BST), and the remaining 362 players from Day 1a and 1b will attempt to play through the money bubble and down to the final 27. As always, you can find a recap of all of the action right here on PokerNews.com.

Data and photos courtesy of WorldPokerTour.com.