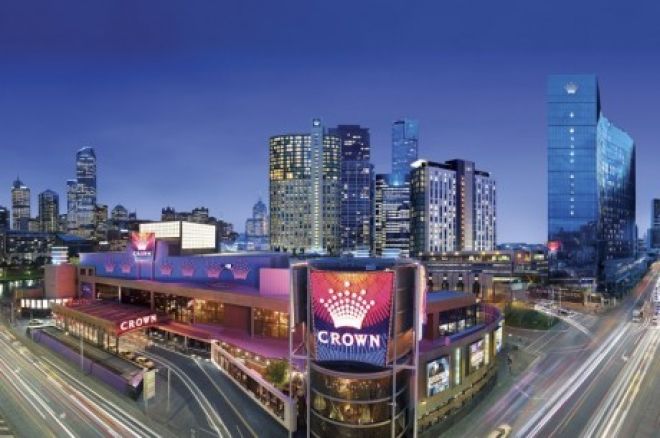 The series will take place at the Crown Casino from April 4 through 15, 2013, featuring five bracelet events — the first time WSOP gold bracelets have ever been offered in Australia. There will also be a High Rollers event, a Caesars Cup Invitational event, and a full slate of satellites.

“Ever since Australian Joe Hachem won the WSOP Main Event in 2005, we dreamed of the day we could hear Aussie, Aussie, Aussie, Oi Oi, Oi on native soil,” said WSOP Executive Director Ty Stewart. “We can’t wait for the first WSOP Asia-Pacific to begin, and we hope with a solidified schedule, players from around the globe will plan their trip to Melbourne in April as we make WSOP history awarding the first bracelets in the Southern Hemisphere.”

Here's a look at the finalized scheduled for the 2013 World Series of Poker Asia-Pacific:

Each of the first four WSOP gold bracelet events will be live-streamed globally. Television production from the Main Event, Caesars Cup and High Rollers event will also be planned.

“Crown is thrilled to have partnered with the biggest poker brand in the world, the World Series of Poker," said Crown Melbourne’s Chief Executive Officer Greg Hawkins. "Players from all over the globe will descend on Crown Melbourne in April, all vying for one of the five coveted bracelets on offer. The ‘bracelet’ events will range from the AUD$1100 - AUD$10,000 which will ensure players are well catered for in terms of choice. The five WSOP APAC ‘bracelet’ winners will etch their names in the long and coveted history that is the World Series of Poker.”