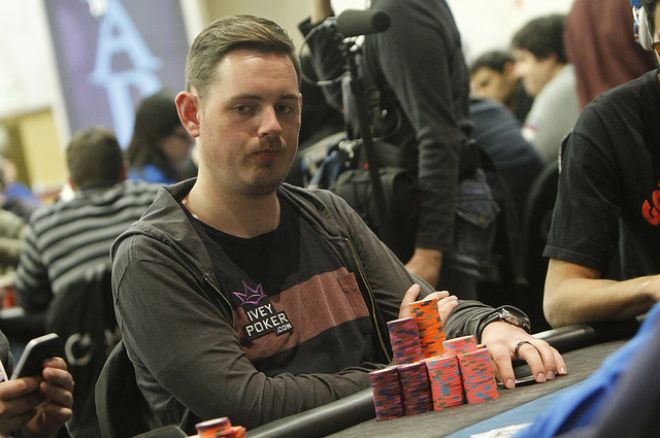 Day 4 of the 2013 World Poker Tour L.A. Poker Classic took place Tuesday at the Commerce Casino with the remaining 63 of a 517-player field returning to battle for four levels. In that time, 45 players were sent to the rail, leaving just 18 in contention for the $1,004,090 first-place prize. Leading the way going into Day 5 is the recently-signed member of Team Ivey Poker, Toby Lewis, with 1.816 million.

According to the WPT Live Reporting Team, the day got off to a quick start with several eliminations. The first to go was Dani Stern, who was all in for 116,000 from the hijack with the

and was dominated by the

of Marios Savvides. The board ran out an uneventful

on the button and was up against the

of Garrett Greer in the hijack. Both players held the same hand, and according to the PokerNews Odds Calculator, there was a 97.09% chance of a tie with Greer having a 1.82% chance of winning the pot outright. That number shot up to 36.36% when the

flop gave Greer a freeroll to a heart flush, which came to be when the dealer burned and turned the

. It was a brutal beat for Hachem, who took his leave after the meaningless

was run out on the river.

and was well out in front of Harman’s

flop was no help to Harman, and neither was the

. That meant she needed a queen on the river to stay alive, but it wasn’t in the cards as the

After Ana Marquez was eliminated in 20th place for $43,180, Noah Schwartz got all in preflop holding the

of Jeremy Ausmus. The

flop made things interesting as it gave Schwartz a flush draw to go with his overs, but he would be left wanting as the

blanked on the turn followed by the

Day 5 begins Wednesday at noon PT and the remaining 18 players will play down to the final table of six. Stay tuned to PokerNews.com for a full recap of the day’s action upon the completion of play.